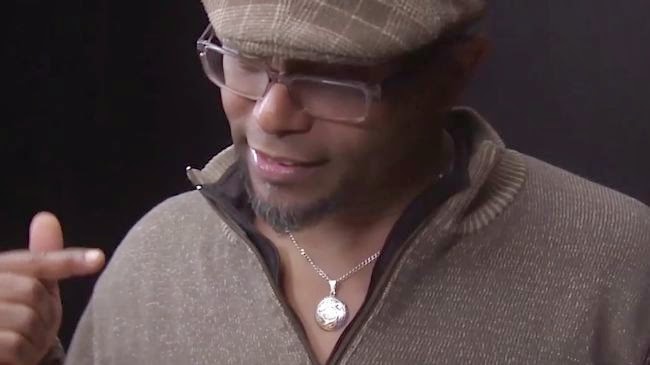 The unusual appearance and performance of Jess's poem "Another Man Done" makes the piece particularly notable. Further, the nature of the poem reveals that Jess took advantage of distinct technological processes to produce the poem. Jess's earliest work showed he was a skilled performer; then his book Leadbelly revealed his "literary" or print-based capabilities; now we have a glimpse at his digital creativity.

The printed version of Jess's contribution "Another Man Done" is based on the caption that Lawrence provided for panel 22 in his migration series. The caption reads: "Another of the social causes of the migrants' leaving was that at times they did not feel safe, or it was not the best thing to be found on the streets late at night. They were arrested on the slightest provocation."

The printed version of the poem opens with the Lawrence caption, though Jess's version includes "at the slightest provocation" rather than  "on the slightest provocation."  The rest of the poem is, as Jess has noted, "a blur of texts," which is to say lines of the caption are superimposed on top of each other, along with years (1940-1941), (1941-1942), and so forth all the way to (2013-2014). The 1940-1941 refers to when Lawrence began painting his series.

Digital software and word-processing programs make it possible to overlay text on top of text as Jess does in the printed version of the poem. The reasoning behind the blurring of texts becomes more apparent when listening to Jess perform the poem.

In the performance of "Another Man Done," Jess first reads the Lawrence caption. He repeats the statement several times; however, another track is added and mixed in to the overall production, with Jess stating the years 1940 - 2014.  Yet another track is added with Jess reading from the Lawrence caption; this one intersperses, interrupts, and is interrupted by Jess's other reading of the caption. Over the course of the 2 minutes of the poem, listeners are confronted with multiple simultaneous utterances from Jess.

By the end of his listing of years, one version of Jess speaking has the last words. He begins repeating, re-adjusting, or remixing the last line of the Lawrence caption: "They were arrested on the slightest provocation." In closing, he strategically shortens the sentence:


By condensing the words, Jess highlights that it was not simply what they did (i.e. enacted a provocation) that led black people to being arrested. Instead, it was perceptions about their essence: they were provocation. The multiple, blended versions of Jess reading that we hear throughout the poem are a result of audio digital technologies. Likewise, video software makes it possible to see blended versions of Jess reading the poem.

The poem also reveals Jess blending the past and present. Lawrence's image (of African American figures in handcuffs) and caption about arrest spoke to a historical moment; however, as Jess repeats each year from 1940 - 2014, he indicates that the mistreatment of black people "at the slightest provocation" was recurring for years and decades. Ultimately, Jess's digital creativity allows him to address histories of black mistreatment and at the same time offer a blueprint for futuristic poetry production.

This is an excellent analysis of an arrived tomorrow.