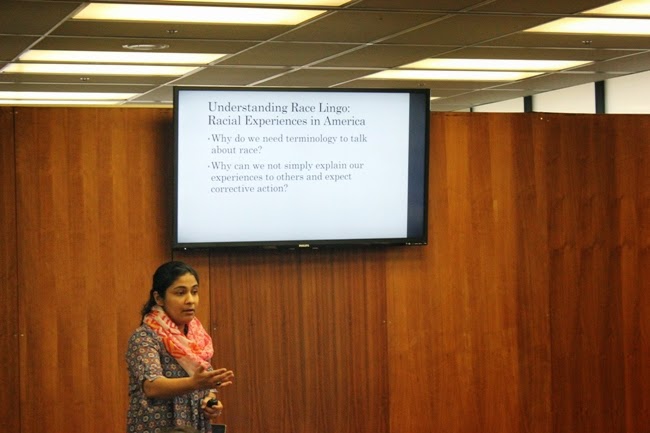 Philosophy professor Saba Fatima has been an important, consistent contributor to the conversations and activities associated with social justice and #BlackLivesMatter at SIUE over the last several months.  She has provided organizational assistance, participated in gatherings and a silent march, and offered useful perspectives in countless discussions with students, staff, and faculty.

On March 24, at Lovejoy Library, Fatima continued her contributions by giving a talk "Understanding Race Lingo: Racial Experiences in America." She discussed useful terminology for making sense of social and historical occurrences linked to race as well as casual and institutional racism. 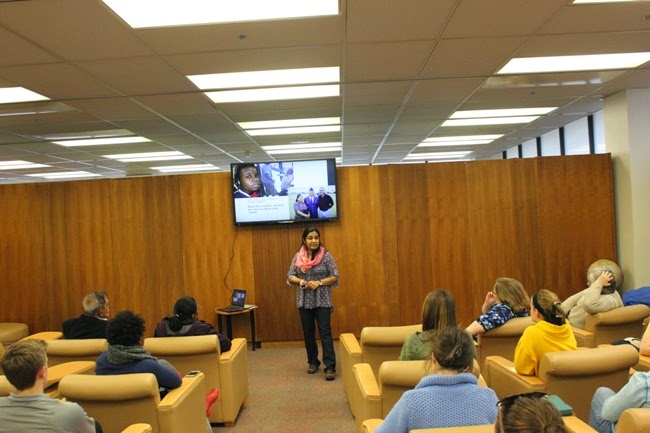 "We need language," said Fatima early in her presentation, "to even begin noticing things differently."  In many respects, Fatima was equipping us with vocabularies to describe aspects of what we have been witnessing and even overlooking. Whereas  vocabulary lessons often include difficult words that might appear on standardized tests, Fatima presented words and phrases the daily exams, so to speak, of thinking through race and racial disparities. 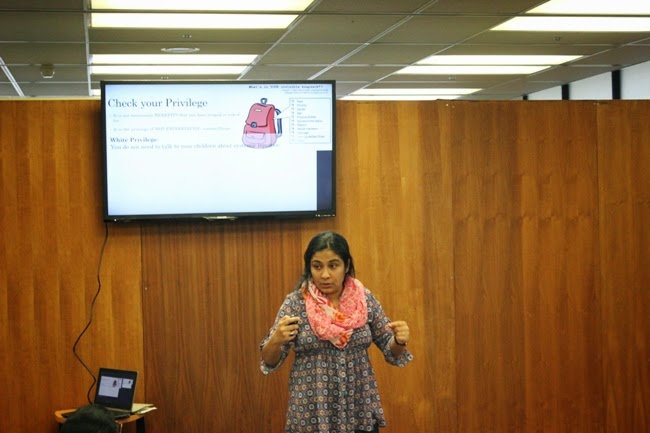 Fatima gave definitions and examples of the terms, and she also discussed how court rulings had solidified the concepts by furthering racial basis and disparity. Throughout the presentation, audience members raised questions and provided contributing observations.

Saba Fatima's talk was the result of a scholar versed in ideas associated with critical race theory. At the same time, she was facilitating a discussion and exercise in critical language awareness.

Related:
• Danice Brown and #BlackLivesMatter
• Silent March at SIUE
Posted by H. Rambsy at 8:18 AM