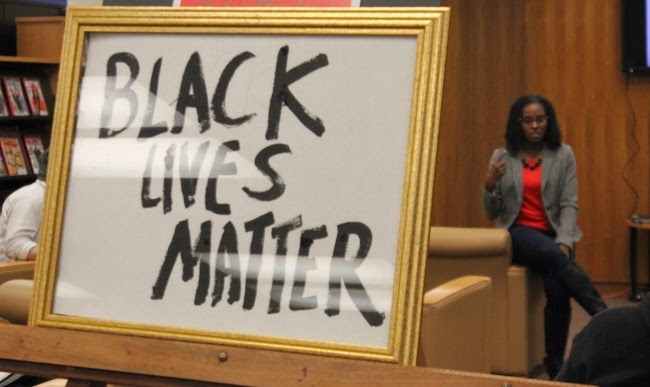 One of the ways to make #BlackLivesMatter is to talk about it. And that's what Professor Danice Brown did. On Wednesday, February 4, she led a discussion of students, staff, and faculty at SIUE's Lovejoy Library concerning the hashtag and its overall implications.

In the days after after Michael Brown was killed, Professor Brown went to Ferguson to offer assistance and to help with projects. As a psychologist, she has devoted considerable time to studying and addressing the mental well-being of citizens. In addition, she has studied racial socialization and discrimination, as well as African American resiliency. 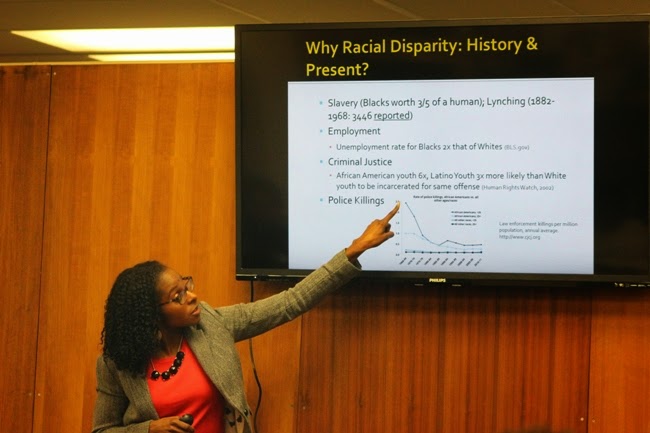 During the event on Wednesday, Brown took time to highlight just how difficult it is for people to talk about race. Conversing about who's white, who's black and the differences it makes in frank, honest terms often leads to feelings of discomfort. Yet,  avoiding such discussions hardly does anyone any favors since problems persist, if not expand, under the cover of silence.

At one point, Brown and a few different attendees emphasized the importance of students recognizing that there are multiple ways to practice activism, to become involved in mobilizing to affect positive change. Brown offered a wide range of options available to students interested in participating. 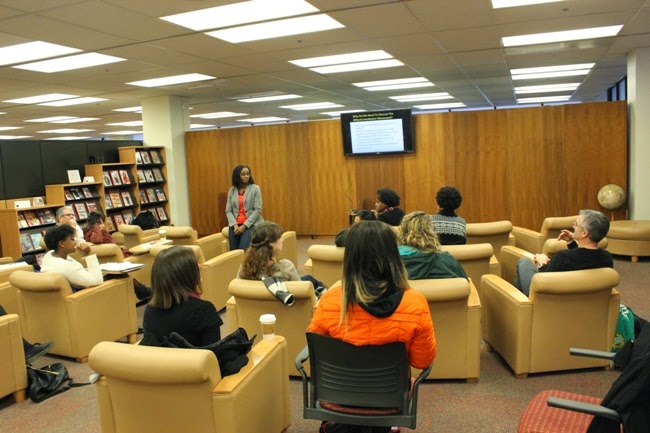 Consequently, Brown was all along demonstrating that one notable way to raise consciousness and participate was by facilitating a discussion about #BlackLivesMatter