When and if we start thinking more seriously creativity  among black men writers, we'll give more time to considering the enduring muses or inspirations that are central to their works. And in the case of poets, we'll inevitably end up at some point discussing music.

Music is integral, ok, instrumental to the works of several of the guys I read, including James E. Cherry, Tyehimba Jess, Gary Copeland Lilley, Tony Medina, and Kevin Young. Sometimes they draw on jazz as models; sometimes they emulate blues sensibilities, and in other cases they trace the histories of musicians.

Cherry's small early book Bending the Blues is up front about the influences of the music. Yet, you get the traces and impulses of the blues and jazz in his other volumes Honoring the Ancestors (2008) and Loose Change (2013) as well. You know going into Gary Lilley Copeland's The Subsequent Blues (2004) that the music informs the poetry, just as you do when you approach Young's jelly roll (2003).

Seeing some of the musicians live and interacting with them seemed to matter quite a bit to the elder guys like Baraka and Plumpp and the kind of works they produced. Troupe, after all, wrote an autobiography with Miles Davis. Distance from the greats hasn't necessarily been all bad  for these contemporary guys; I think it causes them to imagine their subjects and take vibrant approaches to creativity. 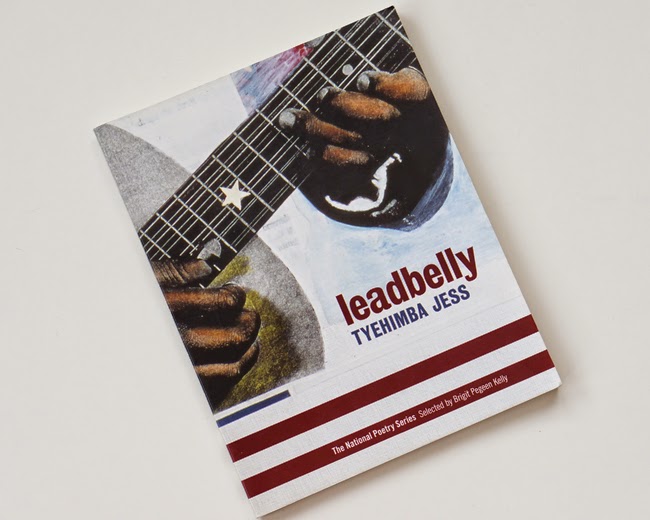 Take Leadbelly for instance. Jess could create in novel ways in part because he was studying books, old films, and recordings of Huddie Ledbetter and because he did not have access to the actual person. Leadbelly is a convergence of music, history, culture, and creativity. Jess's distance from his subject mattered; most notably, Jess was inclined to take on the persona of Leadbelly in part because the poet viewed the musician as a historical subject.

Blues man characters or persona  make constant appearances in works by Tony Medina and Kevin Young. A blues persona pervades Medina's series Sermons from the Smell of a Carcass Condemned To Begging (1998), Broke on Ice (2011), and Broke Baroque (2013), where we get about 300 poems from the perspective of this homeless, down on his luck guy named Broke. Young takes on that blues character in his volumes jelly roll, Black Maria (2005), and Dear Darkness (2008). Among other things, the presence of blues in Medina's and Young's works means you'll encounter more humor in their works  than from almost any other widely published poets.

Cherry, Jess, Lilley, Medina, and Young are inspired by various aspects of music. The music -- especially the blues and jazz -- give them, give us so many sounds, metaphors, terminologies, colorful characters, histories, just ideas all around. So that helps us understand why poets are so drawn to and inspired by the music.

But there's something else that stands out to me as I've thought about those poets' works, and it seems that drawing on music allows them to enact all these modes of preservation. Now we've always talked about poetry as this site of black history. In separate discussions, we mention artistry. But what about the convergence of history and creativity? What about the use of music or any other artistic mode as a distinct practice of remembrance?