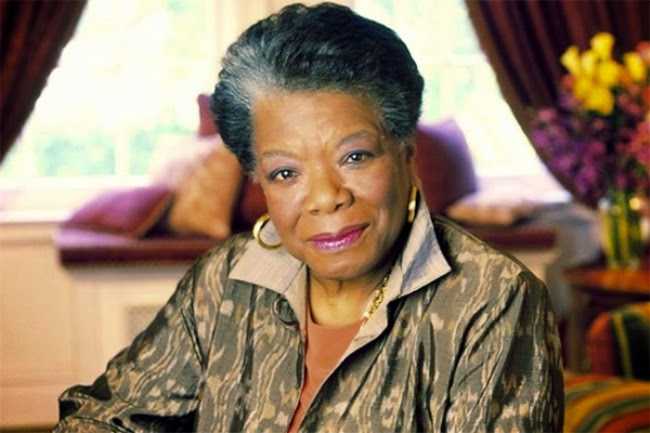 For the last 6 years, each fall, I've taught an introductory African American literature course that enrolls approximately 20 first-year black women students. Over the years, we've read dozens of poems by and about  black women. In retrospect, it's hard to imagine what our experiences covering the poems would have been like without two anchoring pieces -- Maya Angelou's "Phenomenal Woman" and Kelly Norman Ellis's "Raised by Women."

All, not most, all of the young sisters arrive with knowledge of Angelou's famous poem "Phenomenal Woman." Since so much about this college experience is new and somewhat unfamiliar to the students, they seem to value encountering this familiar poem in the context of the classroom. When I ask "who wants to read it out loud?," there's never a shortage of volunteers.

The students view Angelou's poem as empowering. They enjoy listening to their black women classmates read the poem. They enjoy reading the poem for their peers. One student will read aloud:

While that one is reading,  you'll see others mouthing the words right along with her. It's not uncommon to have a few sisters in the class say that they read the poem by memory for a pageant or a church program that they participated in while in middle school or high school.


My introduction of Ellis's poem is the first encounter that most of the students have with her and "Raised by Women." I often begin by presenting a recording of Ellis reading her poem. Each year, the students immediately fall in love with what they read and hear from her.


I was raised by
Chitterling eating
Vegetarian cooking
Cornbread so good you want to lay
down and die baking
"Go on baby, get yo’self a plate"
Kind of Women.

And then later, she  closes,

I was raised by women

Ellis says that last "I was raised by women" with a level of attitude and confidence that impresses the students. More importantly, her sound and delivery says, "I'm one of you."

Later when I give students the option to focus on a single poem for their major papers, they almost always choose Ellis's poem.  At the end of this semester, for instance, 12 of the 20 students are turning in papers on "Raised by Women."  That number was initially at 16 out of 20, but 4 students decided to change their topics in the interest of diversifying the final papers that I would read.

Overall, the students view Angelou's poem as a powerful statement about who black women are and who they are capable of being. They view Ellis's poem as a poetic tribute to all those who "raised" phenomenal women.