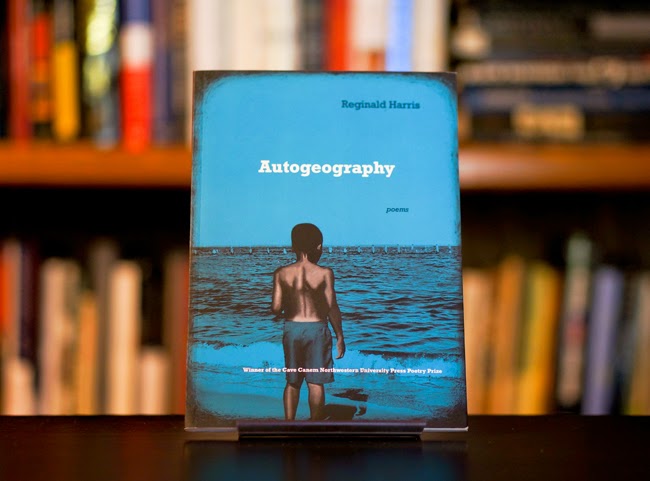 On July 23, I sent a tweet to Reginald Harris, thanking him for his poem "On the Road," which focuses on James Byrd, a black man brutally killed in 1998.  The poem was on my mind because of the July 17th death of Eric Garner at the hands of New York City police officers.

In "On the Road," which appears in Harris's volume Autogeography, he writes to Byrd asking him to "Imagine you wake up with / a second chance."  The poem recounts circumstances related to Byrd's murder and closes with the poet asking Byrd to "Imagine / you wake up."

Right before "On the Road" in the volume, Harris has a poem entitled "New Rules of the Road," where he offers instructions, presumably to black boys and black men, about what to do when stopped by police. "Make / No sudden movements," for example, and "Keep / Your hands visible at all times," and finally "Do not say you / Do not fit the profile / This is America: / You are the profile."

Little did I know when I tweeted Harris about his poem in July what would happen here with Mike Brown in the St. Louis area on August 9th. Re-reading Harris's "On the Road" and "New Rules of the Road" recently had me merging thoughts of Byrd, Garner, Brown, and so many others.