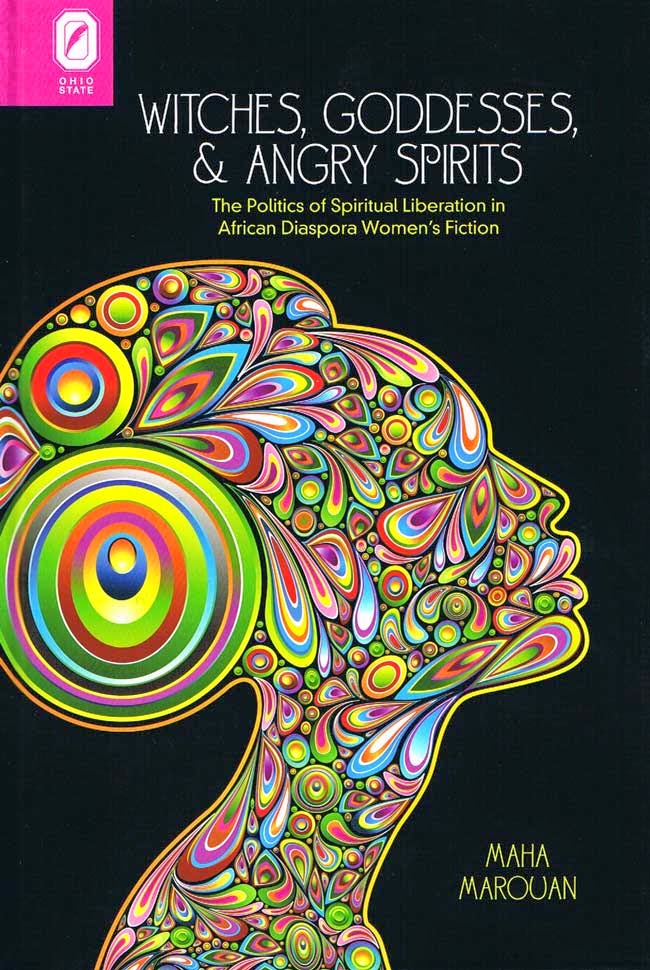 Examinations of strength and spirituality in black women in literature have long been a focus in the scholarly discourse on African American literature. Consequently, researching this topic has become slightly overwhelming for me. However, Maha Marouan’s Witches, Goddesses, & Angry Spirits: The Politics of Spiritual Liberation in African Diaspora Women’s Fiction (2013) makes a useful intervention. She verifies and highlights the manifestation of black women’s spirituality via African diaspora novels written by three contemporary writers.

Marouan’s book opens with a chapter on Haitian American author Edwidge Danticat’s Breath, Eyes, Memory (1994), and closes with a chapter on I, Tituba, Black Witch of Salem (1992) by Maryse Conde, a Guadeloupean author. In between, she explores Toni Morrison’s Paradise (1998).

In comparison to the writers covered, Morrison has received the most scholarly attention over Danticat and Conde. Marouan positions Morrison’s text between the other authors as to not take away from the importance of the other books. By covering Morrison, Marouan also positions herself within a network of other writers who contribute to the Morrison discourse, including Courtney Thorsson in her book Women’s Work: Nationalism and Contemporary African American Women’s Novels (2013).

Danticat and Condo may be less familiar to some readers. Yet, those writers are important in the territories of black women’s writings. In the introductory chapter Marouan notes, “each author interrogates the way black female spirituality has been constructed in Western cultural and historical narratives,” and “by playing on the category of religion, these authors secure for themselves a space from which they can fashion an empowering model of black female spirituality for their female protagonists and rewrite them against historical and religious discourses that have silenced women’s powers…”

Due to my previous interests in healers and healing powers in the works of Octavia Butler, I was interested to see Marouan’s treatment of healing as a manifestation of a “witch” or a “deviant woman.” Marouan’s book has in turn, enlightened my outlook on the healing powers of black women.

Briana Whiteside is a graduate student  at the University of Alabama and a contributing writer for the Cultural Front.
Posted by H. Rambsy at 6:55 AM