From Unforgivable Blackness and Samuel Jackson to The Big Smoke

Adrian Matejka's The Big Smoke (2013) is linked to two important sources -- Geoffrey C. Ward's Unforgivable Blackness: The Rise and Fall of Jack Johnson (2004) and Ken Burns's illuminating documentary of the same name, which first aired on PBS in January 2005. For the Burns documentary, Samuel Jackson memorably presents the voice of Johnson, and it's often the sound of Jackson's rendering of the boxer that comes to mind as I read The Big Smoke. 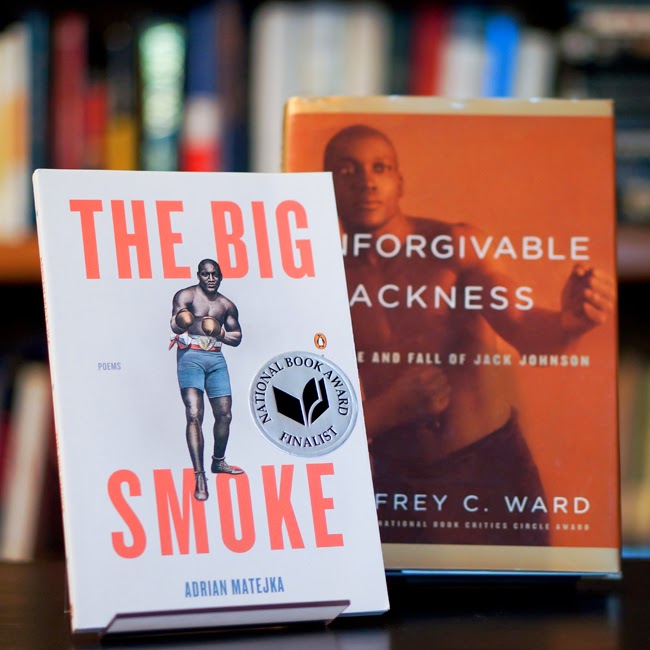 Related:
• A Notebook on Book History
• Adrian Matejka
Posted by H. Rambsy at 8:28 AM