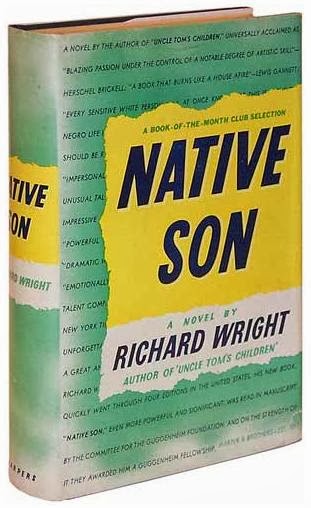 On March 1, 1940, Wright’s Native Son was released to generally positive reviews. Despite being the first book written by a black writer ever chosen by the Book-of-the-Month Club, the book also seems to have shaped how his work is presented across a number of anthologies. My on-going research examining anthologies that contain black short stories indicates that anthologists were more likely to include short stories by Richard Wright published after the publication and success of Native Son.

Wright’s “The Man Who was Almost a Man” and “The Man Who Lived Underground,” which appear in posthumous his Eight Men (1961), are routinely anthologized, having appeared in more than 10 collections since 1969. My data reveals that the likelihood that a piece from his first collection of short stories appears in more than 10 anthologies is unlikely over the past 80 years. Still, on occasion, “Big Boy Leaves Home,” “Bright and Morning Star,” and “Long Black Song” appear, but not nearly as often as short stories written after Native Son.

Despite the fact that many of Wright’s pre-Native Son short stories are not regularly anthologized, the importance of his first collection of short stories should not go unnoticed. The 1938 release of Uncle Tom’s Children—Wright’s gritty collection of stories about race, racism, and violence in the deep South—would earn Wright the coveted Guggenheim Fellowship in 1939, which he would use for financial support to complete Native Son. After the novel’s successful debut novel in 1940, his publisher Harper and Brothers reissued his short story collection with two new stories “Bright and Morning Star” and “Big Boy Leaves Home” as well as Wright’s essay “The Ethics of Living Jim Crow” as the book’s introduction.

Without his first collection of short stories, Wright may not have not of had enough institutional support to write his first novel. The success of his novel, in turn, prompted the circulation of new and previous works.

Related:
• A notebook on short stories by black writers
Posted by H. Rambsy at 12:47 PM