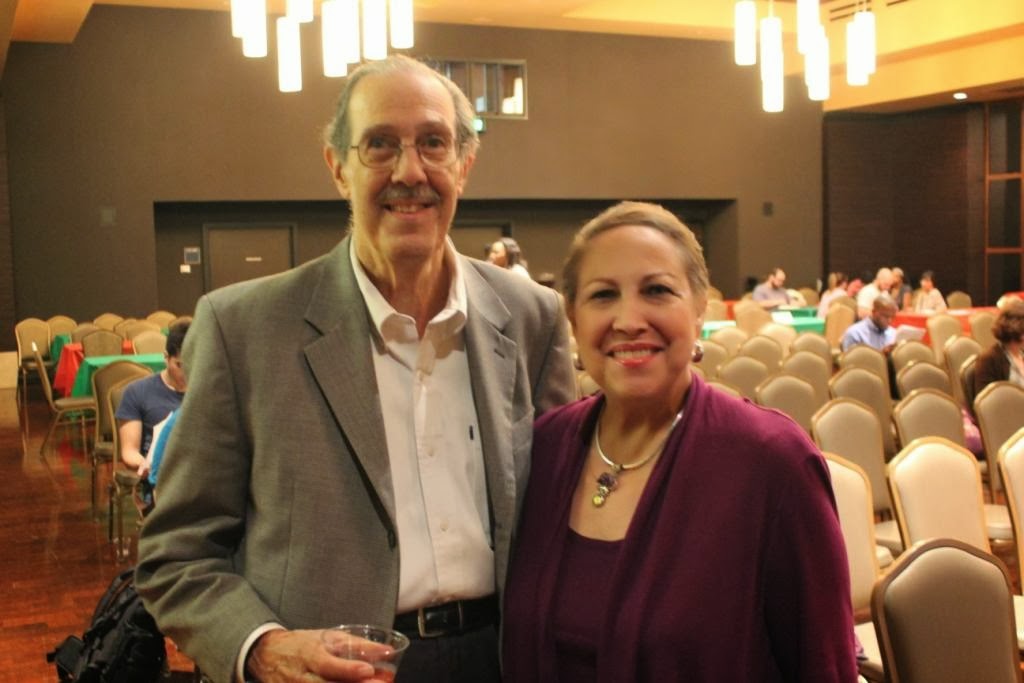 One of the best things about doing presentations on Malcolm X, as I did at the Annual African American Studies Symposium, is you happen to make unexpected connections with audience members. After my presentation, I met Joseph and Aaronetta Pierce, who had attended my talk. The Pierce's are long-time and deeply invested supporters of African American arts.

We first connected on the point, however, that we share a mutual friend. Right after my talk, Mr. Pierce approached me and asked, "Do you know a man named Eugene Redmond?" Do I know Professor Redmond? Well, I've based so much of my writing and career interests on emulating Redmond's activities. The Pierce's and I had a good time talking about following Professor Redmond's adventures.

I've mentioned the prominent San Antonio art collectors Harmon and Harriet Kelley and how they became inspired by the art exhibition "Hidden Heritage: Afro-American Art, 1800-1950" in San Antonio in 1987. Well, it turns out that Aaronetta Pierce was instrumental in  making that exhibit a reality. She had been appointed to the Texas Commission on the Arts in 1985, and she was a pivotal force in making sure Hidden Heritage and other exhibits and programs took place San Antonio and across the state of Texas.

Like Professor Redmond, Mr. Pierce is a book collector, and he owns more than 8,000 publications. Not surprisingly,  Maya Angelou once referred to her friend Aaronetta Pierce as a "national treasure." In many ways, both the Pierce's are just that.
Posted by H. Rambsy at 8:28 AM