From Gwendolyn Brooks to Rita Dove to Natasha Trethewey to Tracy K. Smith 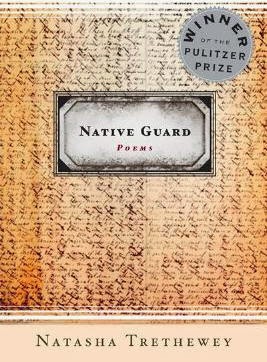 When the third edition of The Norton Anthology of African American Literature is released in February, it will contain,, among many other texts, selections by all 4 black women Pulitzer Prize poetry winners: Gwendolyn Brooks, Rita Dove, Natasha Trethewey, and Tracy K. Smith.

Brooks earned the prize in 1950 for Annie Allen; Dove in 1987 for Thomas and Beulah; Trethewey in 2007 for Native Guard; and Smith in 2012 for Life on Mars. There was a long stretch between Brooks's award and Dove's, but over the last 10 to 15 years, African American poets have regularly been recipients of a large number of awards and prestigious fellowships.  That's reason to celebrate, but only cautiously because given the increase of black poets and all poets over the years, the chances of losing is much higher today than ever before.

But winning a major prize matters. The editor who advocated to include Smith in the most recent Norton would have had a harder time making that case if she had not won the Pulitzer. Sure, she's a good poet. But so are Nikky Finney, Vievee Francis, Evie Shockley, Tyehimba Jess, Allison Joseph, Terrance Hayes, Thomas Sayers Ellis, Claudia Rankin, Major Jackson, and A. Van Jordan. To name just a few.

But what distinguishes Smith is that Pulitzer. And perhaps the Pulitzer mattered even more back in 1987 when Dove won and even more when Brooks won in 1950. Obviously poets would have always valued these poets, but maybe the major prizes -- acting as megaphones -- serve the vital task of making poets known to readers typically disinterested in poetry.

Hopefully, when teachers cover materials with students while using The Norton, they'll point out the distinction of having the 4 Pulitzer Prize poetry winners together in the anthology.
Posted by H. Rambsy at 11:10 AM