The Return of a Soul Man Scholar 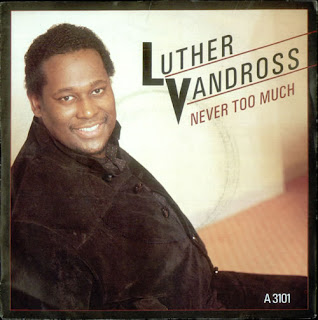 Several years ago when I was in graduate school, one of my classmates, a sister who was deep into neo-soul, discovered Mark Anthony Neal's work and insisted that we should all be reading him, if we wanted to understand contemporary R & B and its histories. That's how I was first started reading Neal's work.

For the last few years, I've followed him on hip hop, technology, and popular culture. I almost...almost forgot that in addition to those things, Neal is a soul man scholar. He thinks and writes about figures such as Al Green, Marvin Gaye, and Donny Hathaway the way some folks concentrate on Shakespeare, Langston Hughes, and Toni Morrison. If books and book chapters received fanfare like albums and singles, then we'd be easily referring to the chapters in Looking for Leroy on R. Kelly and Luther Vandross as Neal's comeback. Not that he's been gone.

But the airwaves--facebook, twitter, youtube, etc.--don't offer much space for extended talk about R & B, unless there's some controversy or a tragic death. And then admittedly, I probably pay more attention to hip hop and jazz than to singers, crooners, and balladeers, and thus miss some of what is being said in the R & B realms. Notwithstanding my own limits, I still get the sense that the soul man tradition that Neal delves into is less legible in contemporary mainstream markets than say discourses and histories about hip hop and basketball.

In the book, he covers Leroy (Gene Anthony Ray) from Fame, Avery Brooks, Jay-Z, The Wire, Denzel Washington, and Barack Obama, but you really see him in the role of soul man scholar in the chapters "R. Kelly's Closet: Shame, Desire, and the Confessions of a (Postmodern) Soul Man" and "Fear of a Queer Soul Man: The Legacy of Luther Vandross." The major difference between now and previous writings is the focus on legibility/illegibility as well as the application of queer discourses to his treatment of subjects.  At the same time though, he demonstrates that he is this serious soul man scholar by placing R. Kelly and Vandross in a larger historical and cultural context of black music and among a long line of singers, including Teddy Pendergrass, Solomon Burke, Barry White, Ron Isley, Al Green, Sam Cooke, Bobby Womack, and Sylvester.

When I first scanned the table of contents for Looking for Leroy, I was most interested in the chapters on Jay-Z and The Wire, and I did find those two chapters insightful and informative. After having read the whole book though, Neal pushed me to do the most mind work -- in terms of recall and considerations of long histories and multiple discourses -- in his chapters on R. Kelly and Vandross. After reading Neal's book, the illegibility, or at least the scarcity, of the soul man scholar in comparison to the black studies scholar, the hip hip scholar, and the popular culture scholar stands out to me now. Then too, it's a good thing for me that Neal happens to occupy all four of those subject positions.

Related
• A Notebook on Mark Anthony Neal's Looking for Leroy
Posted by H. Rambsy at 3:48 PM