“Uh Huh, But How Do It Free Us?”: Rediscovering Hip Hop’s Value 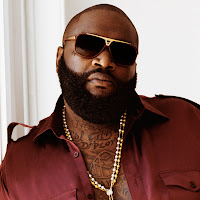 In past weeks, rappers Lil Wayne and Rick Ross have come under major scrutiny regarding their controversial rap lyrics. First, there was Lil Wayne’s verse on Future’s “Karate Chop Remix” where he stated, “Pop a lot of pain pills/’Bout to put rims on my skateboard wheels/Beat that p____ up like Emmett Till.” Even as his punch line, there is nothing inviting, sexy or remotely pleasurable about that image. I was 14 when I first heard about and saw the images of Emmett Till. I couldn’t sleep for nearly a week because I couldn’t stomach the idea that that much hate existed in our world.

This time last week, I somehow found myself advocating Rick Ross’s contributions to Hip Hop, an opinion that I felt was either undervalued or misinterpreted. Sometimes we have a certain way of romanticizing and policing Hip Hop. I would not say it, if I too, wasn’t guilty of it. It’s kind of like the Harlem Renaissance—how the poetry and literature appealed to mainly the black middle class and whites. In other words, everyone was not reading Hurston and Hughes or Locke and Du Bois. And yet, while we celebrate these writers today, everybody didn’t like how Hurston or Hughes presented black culture, but that didn’t repudiate their contributions.

My point is that whether or not we like the messages of artists be it Rick Ross, Lil Wayne, 2 Chainz, Chief Keef, Trinidad James, etc., these artists and countless others represent Hip Hop to another generation who aren’t as familiar with the Rakim’s, KRS-One’s, etc. of our time. Unfortunately, many of them have no real concept of what consciousness is or how it looks and sounds. Fortunately, for people like myself and other contributors in our Black Studies program at SIUE, I am in a better position as a grad student and “elder” to impart that knowledge and facilitate discussions. On any given day, I’m likely listening to Nas or Digable Planets, but I also know that I wasn’t always in this space. So I expect to engage students between the ages of 18-22 understanding or having some cultural knowledge of the issues they face and artists they listen to.

Artists, like Ross, are the ones that dominate the radio airwaves; people pay money to attend their concerts….and yes, “the streets” (if not literally, then figuratively speaking) do listen to Ross. There’s a reason why he’s been nominated for numerous awards like the Grammy’s, BET Hip Hop Awards and MTV Europe Music Awards to name a few. The mere fact that Ross was a feature on Nas’s “Accident Murderers” from Life Is Good (2012) was a good cross-over move, if not strategic, for both artists. Perhaps some of Ross’s listeners listened to Nas for the first time and vice versa.


I was curious about the exchanges on Twitter between dream hampton and Talib Kweli, followed by ongoing criticism concerning Talib’s tone/reaction towards Rosa Clemente when she expressed that she didn’t view Ross or Wayne as part of Hip Hop. At one point, I saw a tweet that said Talib needed to admit to his “male privilege.” All of this stemming from Marc Lamont Hill’s HuffPost Live panel discussion, The Power of Words, which also included commentary from Jamilah Lemieux and Rahiel Tesfamariam.

Prior to listening to the panel discussion, I was perplexed as to why so much disdain over Ross’s lyrics had shifted towards Talib. In my view, the criticism Talib was receiving seemed unwarranted when his music has celebrated black women. Everyone is entitled to their opinions and has different versions of how the discussion flowed. If you would like to read some of Talib’s criticisms you can read them at Crunk Feminist Collective, For Harriet and Sisters of Resistance.

Talib was right for calling Ross a “misguided 40 year old,” but he was also right to point out to Rosa that you can’t exclude him from the culture and expect him to hear what you have to say. For me, the issue at hand is bigger than Rick Ross, bigger than Talib, even bigger than feminist critiques on male privilege and rape culture in Hip Hop. It doesn’t start or end at the top, there’s a lot of groundwork that has to be done. One successful example included the protests and petitions to Reebok by members of UltraViolet demanding that Ross be dropped from the company.

Still I wonder; how does it free us? How or when do we gather our rap artists together to discuss what it truly means to be an artist and the meaning of their role as the griots or purveyors of our culture- the responsibiltiy of such a calling that is lasting--and that they should be accountable for what they put into the universe? How do we organize in our communities and educate them about Hip Hop music and the culture? Moving forward, how do we address the industry? I have no solutions, just questions and thoughts at the moment.

As Hip Hop turns 40, it seems like now more than ever is the perfect time to address what has and continues to get lost in translation when we talk about Hip Hop’s past, present and future. Thinking back to Mos Def’s “Fear Not of Man” from his album Black on Both Sides (1999), every day I am reminded that Hip Hop won’t get better until the people get better—only through learning to understand that we are in fact valuable.
----------------
[1] Title in quotes, Uh Huh, But How Do It Free Us? (1975) is the title of a play by poet, playwright and activist Sonia Sanchez.

***Special shout out to writer and blogger @Smooth_Orator, who is partly responsible for my writing and thinking through what it is I really mean when I say “Rick Ross’s contributions to Hip Hop.”

***
Danielle Hall is a program coordinator and contributing writer for Black Studies @ SIUE.
Posted by H. Rambsy at 4:18 PM