The paces of poetry, spoken word, and rap 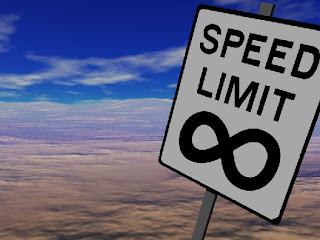 Earlier this week, I was talking with my students about a major difference between what we hear at formal poetry readings, spoken word events, and gatherings featuring rap music. The pace at which words are delivered.

The words at poetry readings come to us fairly slow in comparison to the spoken word events, and the spoken word artists typically, though not always, tend to speak their words at a slower pace than most rappers. That is to say, over the course of a single minute, rappers, generally speaking, spit more words than the average spoken artist and poet. Not surprisingly, there's high value assigned to someone in rap discourse who can eloquently project, deliver, or spit words based on the cadences of hip hop rhythms.

At formal readings, poets tend to read without the presence of music. There's an expectation for readers to pay attention to their words on the first try, so they are inclined to read at a slower pace. Also, in most cases, poets and their audiences view the presentations as "readings" more so than "performances," so the pace and tone lacks the urgency and bravado so integral to rap music.

Spoken word artists are often viewed as a cross between literary poets and rap artists; in fact, spoken word events regularly include DJs who set the mod by playing rap music before and between the readings. More so than literary poets, spoken word artists are viewed as performers; thus, many of them are inclined to memorize their pieces and read at accelerated and alternating paces in order to better dramatize poems.

Many of us enjoy all three art-forms, but I've also discovered over the years that poetry, spoken word, and rap audiences nonetheless possess different expectations, including preferences related to pacing. Some of my students are bored by what they view as the slowness of formal poetry; others are turned off by how fast some rappers perform. Spoken word routinely experiences the benefits and curses of playing the role of middle child.