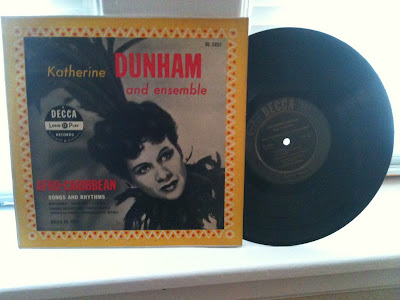 Although some may not consider Katherine Dunham an intellectual under more conventional views, Dunham’s deliberate use of dance in concert with myriad art forms and technologies points to the ways in which she, as an African American woman, transcended racial and gendered boundaries, enabling her to reach multiple publics. Years from now, we may benefit from scholarship and exhibits that focus on her life and work as a black public intellectual in the twentieth century.

From the halls of learning at the University of Chicago, into global black communities, and across international stages, Katherine Dunham was consistent with producing art and knowledge through time and space. For more traditional scholars, intellectual work is mostly evidenced by written texts. Dunham, however, pushes us to consider other texts as intelligible possibilities.

In addition to dance and theater performances, Dunham wrote memoirs, essays and short stories (published and unpublished); wrote ballet programs and poems. She created Dunham Technique, appeared in and choreographed for Hollywood films, and was a recording artist with her own ensemble. Among other things, she painted, scrapbooked, and collected artifacts in her spare time. In the 1970s, she founded the Katherine Dunham Museum in East St. Louis, Illinois. 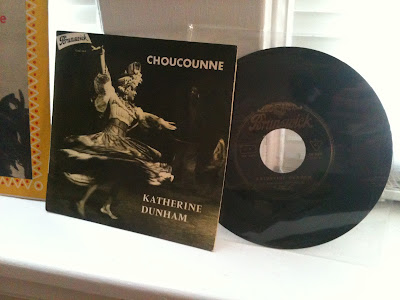 Today, many of Dunham’s pictures are not simply stashed away in faraway archives, but are accessible online via search engines, digital archives and exhibits. Even some of her recordings and books can be downloaded through iTunes. This is no surprise because Katherine Dunham is not a historical figure you simply read about- to truly get a sense of her you must participate.

Recently, I acquired two of her Decca LPs, a 33⅓ and 45 RPM. In nearly a year and a half of research, this was my first time hearing her sing in Portuguese, Spanish, and French Patois. Thus, an exhibit on Dunham would necessarily comprise all aspects of her work using film and YouTube clips, recordings, djembe drums, and Dunham Technique demonstrations. All of this would make it educational, but more interactive in bridging the past with existing technologies and audience participation.

Last semester, I catalogued Dunham’s personal book collection and created 5 brief YouTube videos to highlight her collection. That was one way to connect her intellectual universe with others. There is the option of bringing exhibits to people through virtual tours—FaceTime or Skype may be useful. Currently, I am taking Dunham Technique classes and learning through dance that life, scholarship and art is not about just one possibility, but finding or creating multiple possibilities. This, for me, is the true essence of Dunham.

*****
Danielle Hall is a program coordinator and contributing writer for Black Studies @ SIUE.
Posted by H. Rambsy at 8:17 AM