Django Unchained and the trouble with non-controversial black art 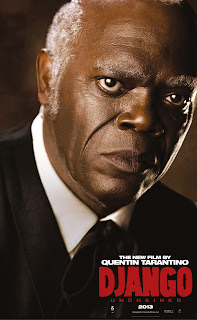 The wide-ranging coverage of Django Unchained has been really remarkable. What makes the coverage especially notable from a black studies perspective is how many prominent African American scholars, writers, and cultural figures have chimed in to offer their responses and assessments. Rarely do so many concentrate on a single artistic production.

Some folks have expressed interest in Django Unchained, and others have expressed great disdain for Quentin Tarantino and his film. The movie is now categorized as "controversial" in many quarters in part because of its treatment of racial themes, and interestingly, the "controversial" tag has helped ensure that the movie become and remain widely discussed.

The expansive coverage of Tarantino's controversial film has made me wonder a little about the fate of non-controversial artistic pieces featuring black subjects. Can black art generate considerable attention without being controversial? Are black artists who work in genres viewed as less controversial destined to receive a relatively small popular reception?

African American novelists are rarely labeled "controversial," yet the wide-ranging responses to works by Toni Morrison and Colson Whitehead have been notable, though their works have primarily been assessed by literary scholars and book reviewers, respectively. Whitehead's latest novel did spark some derision from zombie fans who thought Zone One was too literary. A couple of decades ago, there were many debates concerning Alice Walker's The Color Purple, but much of that debate was prompted by Steven Spielberg's  direction of the movie more so than the novel alone.

Folks who thought Django Unchained was somewhat good, not necessarily great but somewhat good (and I count myself among that group) were not nearly as impassioned as some of those who had a strong disdain for Tarantino and the film. Some commentators even admitted "hating" Tarantino prior to viewing this latest movie. Non-controversial black art and artists rarely have the luxury of haters; they are instead usually impaired by indifference and unresponsive audiences.
Posted by H. Rambsy at 7:30 AM