What scares white students in a black poetry course 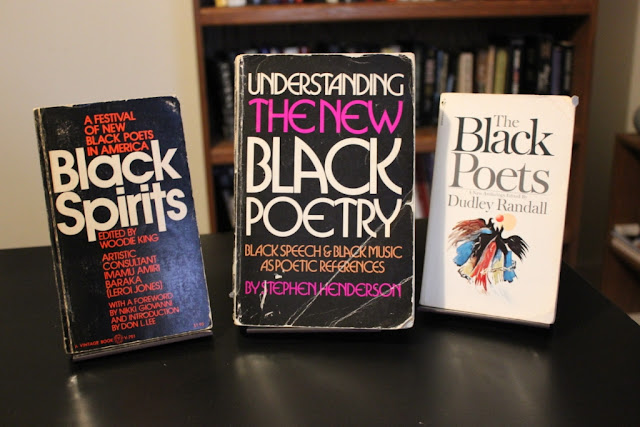 For years now, being viewed as racist for making "the wrong" comment has been a persistent fear for large numbers of white students enrolled in my African American poetry courses. Unlike the vast majority of courses at the university, my classes tend to enroll somewhat larger numbers of black students. At the moment, I have 33 students in my black poetry and folklore course--20 of the students are African American; one is from Africa.

We read and discuss more than 50 poems by black poets during the course of the semester, and exposure to such a broad range of African American writers and ideas leads some white students to express feelings of intimidation. Every semester, after the first few class sessions, at least a couple of white students separately approach me after to class to inform me that they are worried about their preparedness for the course since  they have never been exposed to so many African American writers in their lives. I let them know that a sense of nervousness is normal given the shift in subject matter, and more importantly, the material is new to just about everybody in the class, I tell them.

Just to be sure, by fourth or fifth session each semester, I ask the entire class, "how many of you have ever covered at least 50 poems by African American writers in a course?" Only about two students will raise their hands, and those are often students who've previously taken a class with me. For most of the students then, the poems and poets are new and largely unfamiliar.

Part of what evokes some fear among the white students is not the material, but rather the experience of sitting in a classroom with so many African American students and an African American professor. We necessarily discuss the problems of prejudice and anti-black racism in history and our society in my courses, and at the same time, we also concentrate on the power of language. Invariably, black students, feeling more comfortable to speak up in my class as opposed to their typical majority white courses, often feel moved to share narratives about some "stupid" and problematic racist remark uttered by fellow students and teachers on campus.

The open discussions and anecdotes about clueless and racially insensitive white people raises some fears, I suspect, among the white students in my courses. Many of them hesitate to ask and respond to questions out loud in class because the last thing on earth that they would like to become is the subject of one of those narratives about mean and stupid white people who make such harmful and troubling remarks. The roots of their fears, not to mention the different fears among black students in the classroom, have given me much to consider over the years.