Truth is On Its Way by Nikki Giovanni 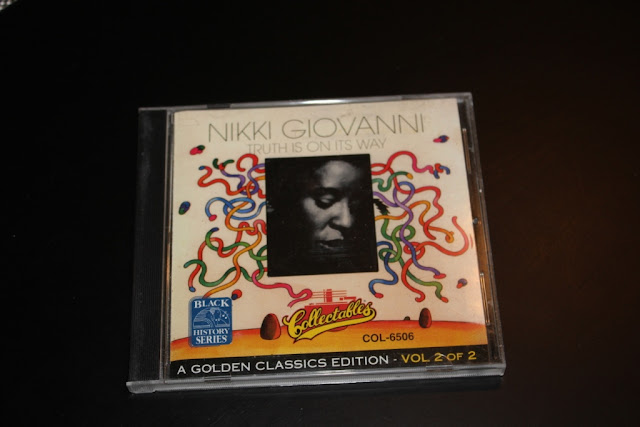 Nikki Giovanni's Truth is On Its Way (1971) was one of the more well-known recordings by a black arts poet. Giovanni may have become such a widely popular figure because she produced work in so many different modes and fields and received extensive coverage during the late 1960s and 1970s in particular. I was unable to get my hands on one of the original Truth is On Its Way albums; however, I did manage to pick up this CD re-production of the recording.