The back-cover of Play Ebony Play Ivory by Henry Dumas 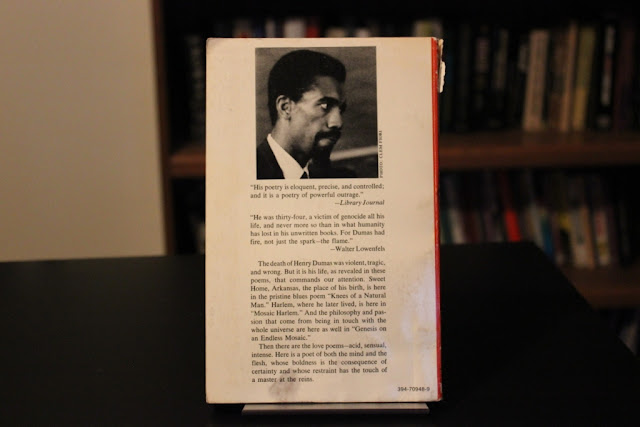 The back-cover of Play Ebony Play Ivory (1968) reminds readers of one of the major tragedies in black arts discourse: the murder of Henry Dumas. The back of the book reads "The death of Henry Dumas was violent, tragic, and wrong. But it is his life, as revealed in these poems, that commands our attention." Thanks to Eugene B. Redmond, Toni Morrison, and a few other editors and supporters, Dumas's works were brought into print after his tragic death.