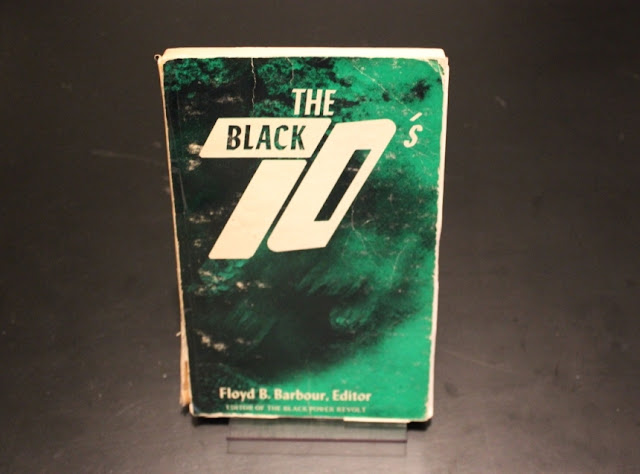 This book The Black 70s (1970) is one of several that I came across while researching the black arts era that contained essays by prominent contributors to black arts discourse, including a few poets. Most notably in my mind was an essay by Larry Neal entitled "New Space/The Growth of Black Consciousness in the Sixties." Neal was a key poet of the black arts era, but he was also an editor and leading essayist.

In his "New Space" essay, Neal revealed, among other things, that he was in the audience when Malcolm X was assassinated. Books like The Black 70s were texts for my own growing consciousness and understanding of black artistic and intellectual thought of the 1960s and 1970s.