Nikki Giovanni's ego-tripping and other poems for young people 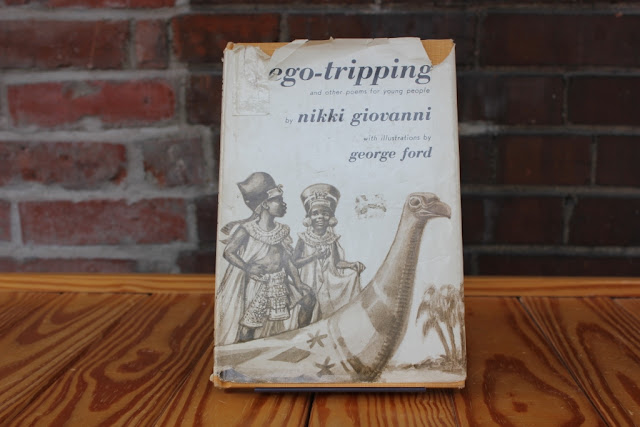 Nikki Giovanni's book ego-tripping and other poems for young people (1973) with illustrations by George Ford is an important, though under-discussed, black arts publication. One reason that Giovanni has remained so popular over the years is perhaps because she nurtured future adult audiences when they were children. The title poem "ego-tripping" became well known among at least two generations of black women, which is to say the poem was passed on from mothers to daughters.

Ford's illustrations throughout ego-tripping enhance Giovanni's writing turning a volume of poetry into a mixed media enterprise of poems and drawings. Amiri Baraka's In Our Terribleness and Mari Evans's I Am a Black Woman included photographs to complement poems, but Giovanni's volume was one of a relatively few works by leading black arts figures that was directed at children.