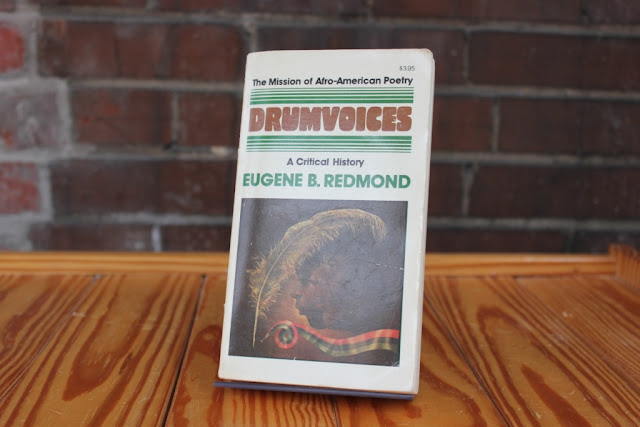 During the late 1960s, Eugene B. Redmond set out to write a distinct "black" poem that captured the history of black poetry. Drafts of the poem grew and grew until Redmond decided that he would instead write a play about the history of black poetry. That play became an extended essay, and that essay eventually became a prominent, groundbreaking literary study, Drumvoices: The Mission of Afro-American Poetry (1976).

Redmond's book has been a truly invaluable scholarly resource over the years. At the same time, Drumvoices is also an important cultural artifact of the era. The book documents the literary activity of over 100 poets, including many of the contemporary poets of the era. The book showcased the inclination of black arts poets to produce scholarly prose.