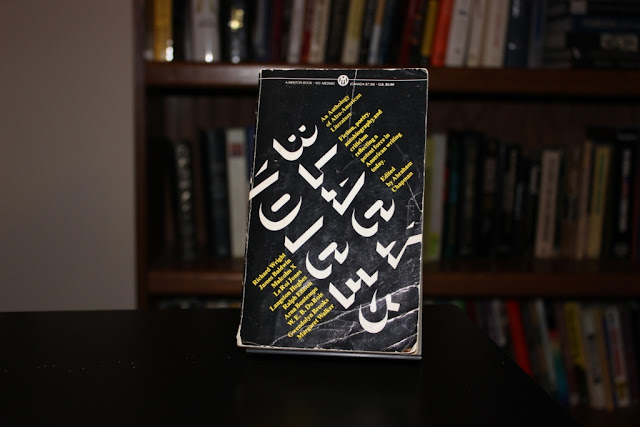 Black Voices: An Anthology of Afro-American Literature (1968) edited by Abraham Chapman was one of many anthologies published during the black arts era. Somehow though, I got my hands on one of Chapman's book early on when I began developing an interest in the literature of the time period. I was intrigued that the collection contained works by Richard Wright, James Baldwin, and Malcolm X along with poetry by LeRoi Jones, Langston Hughes, and Gwendolyn Brooks. Those anthologies, perhaps more than anything, inclined me to consider the convergence of multiple literary arts.