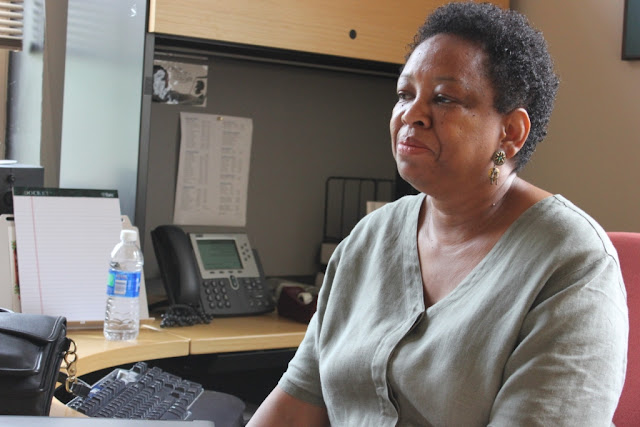 If the fields of African American literature and  black studies had viable channels for on-the-ground reporting, we would certainly have received many news items concerning the organizational and publishing efforts of Lovalerie King.

Over the last 6 years, the good sister King has quietly been a leading force in the production and circulation of knowledge concerning the study of African American literature. She has planned and co-organized 3 major literature conferences, co-edited 3 collections of essays by various scholars (an additional co-edited collection is due out in the next few months), and authored two books Race, Theft and Ethics: Property Matters in African American Literature (2007) and The Cambridge Introduction to Zora Neale Hurston (2008). Last week, she wrapped up an NEH summer institute on Contemporary African American literature at Pennsylvania State University, where she is the director of the Africana Research Center.

Unlike many of our most noted scholars, she was not always in the field. King came to academic life late, she'll tell you, her typical excuse for explaining why she has been so active and productive on so many different fronts over the years. Interestingly, it's possible that she developed her strong work ethic and  extraordinary set of organizational skills well before becoming a literature professor.

Am I biased when it comes to singing Lovalerie's praises? Of course I am. She's a good friend who has generously included me in projects and given me all kinds of useful professional advice. Still, even beyond the helping hands she's provided friends, it's hard to deny the broader reach of her efforts.

The conferences and collections she has helped orchestrate have brought together dozens of scholars and large, diverse audiences. More importantly, her interrelated projects provide us with models for doing collaborative work with multiple artists, students, and scholars in order to advance literary study. It's too bad that we don't have more capable networks for passing along information about the exciting organizational work that folks are doing in African American literature and black studies.

Whatever the case, if you study the history of just about any field, you'll notice these important moments when good ideas and major projects come together. For many of us, Lovalerie King is one of those moments.

Related:
• Black Intellectual Histories
Posted by H. Rambsy at 9:18 AM