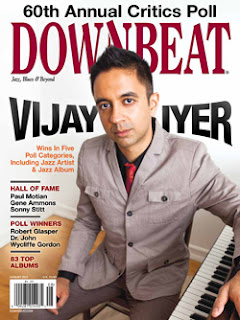 Baraka has been regularly producing audio recordings of his work since the mid 1960s. His poem "Black Art" appeared on a jazz album before it appeared in print during the late 1960s. Throughout the 1970s and up until the present, Baraka continues to produce work as a solo reader/performer and as a collaborator with groups of instrumentalists. He even appeared on an album by the Philadelphia-rap group The Roots.

Iyer has produced scholarly essays, reviews, and op-eds on jazz. A couple of years ago, for instance, he wrote a piece "Thelonious Monk: Ode To A Sphere" for Jazz Times, and I've been enjoying working my way through his dissertation, Microstructures of Feel, Macrostructures of Sound: Embodied Cognition in West African and African-American Musics, which is posted online. 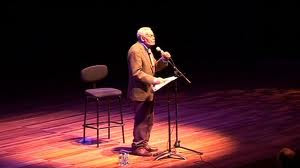 I was somewhat late to Iyer's music, but a review by Baraka of Iyer's album Memorophilia was one of the first times I read about Iyer's work. For years, Baraka has been an important entry for me into jazz. The review of Iyer's album is now reprinted in Baraka's book of essays Digging: The Afro-American Soul of American Classical Music. Iyer's compositions are "way past interesting," Baraka notes in the review. "There is an emotional and intellectual depth to them that declares their composer definitely 'into something.'"

In so many ways, it's apparent when reading/listening to Baraka and then listening to/reading Iyer that they both into something, really many somethings.