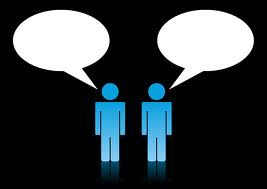 Some years ago, I was at an African American  literature conference and attended a panel that featured about 4 poets, all recent graduates from MFA programs. At one point, the moderator asked the panelists about their influences, and each of the poets began listing a number of poets and why they were fond of their works. The names that they mentioned now slip my mind, but I do recall that each of the poets had included black and white poets on their lists.

During the question and answer period, a senior scholar stood and posed a question to the panelists. "You were mindful to include canonical and contemporary white poets in your lists of influences. But do you really think if a group of young white poets your age were on a panel at an American literature conference that they would include any black poets, especially contemporary black poets, as their major inspirations and influences?" Ouch.

The panelists and audience were stunned by the question. Someone on the stage eventually stumbled through an answer. But the questioner's take home point was clear: young black poets seemed far more interested in acknowledging white poets than young white poets were interested in acknowledging black poets.  Of course, it's less likely for white poets, or any poet for that matter, to attend a graduate MFA program where a majority of African American poets comprise the faculty; where the assigned readings are primarily by black poets;  where the major poetic forms discussed are blues poems and jazz poetry; where African American awards and recognition are presented as the highest forms of success in the field; where white poets are included to help add diversity to the curriculum.

There is perhaps a certain degree of cultural capital that African American poets can earn when they focus on apparent non-black subjects. When  a group of black poet panelists identify black and white influences, they are being sincere, but they are also displaying what they have learned in school. Since focusing on black subjects seems natural for black poets, some observers view those who can "move beyond race" as having elevated themselves.

In this age of colorblindness, it is often considered passé to focus on race, racial discrimination, the blackness of black poetry, or, heaven forbid, the whiteness of white poetry. But then, aren't poets and literary scholars superbly quipped to interpret or decode the kinds of coded language so regularly used to neutralize, if not depoliticize, conversations about race? Maybe. Nonetheless, often what we talk about when we talk about poetry in this age of colorblindness appears to have nothing to do with race.
Posted by H. Rambsy at 9:00 AM