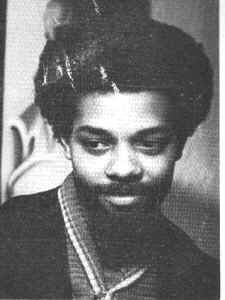 Haki Madhubuti (first known as Don L. Lee) was certainly one of the more prominent and popular poets of the black arts era. The appearance and blend of militancy, black pride, wit, and self-determination in is writings situated his work along some of the more significant threads  in black arts discourse. In addition, like other leading figures of the era, he adapted a Malcolm-like public persona, practiced the idea of the poet as essayist, and eventually established a major publishing company.

Madhubuti was nearly a decade younger than figures such as Amiri Baraka and Sonia Sanchez,  making it possible for him to bring fresh perspectives to the discourse and connect to a new generation of readers and listeners. Madhubuti was also based in Chicago, a location which proved important for the numbers of audiences and other artists that he would meet and collaborate with over the years.

Madhubuti's early talents and promise attracted the attention of at least three figures in particular who became his most important backers or sponsors: Gwendolyn Brooks, Dudley Randall, and Hoyt Fuller. Brooks served as a vital mentor and helped endorse his work.  Randall published some of Madhubuti's earliest works with Broadside Press, and Fuller's most important support for Madhubuti involved providing the young poet with publishing opportunities and coverage in Negro Digest / Black World.


It's worth noting that Madhubuti significantly helped Randall, Brooks, and Fuller as well. For one, his popularity assisted in bringing their operations new audiences and credibility. And when he founded his publishing company Third World Press, Brooks and Randall were among the many poets whose works he published.

As a poet, essayist, and publisher, Madhubuti was one of the more influential figures of the black arts era. His original, multifaceted brand of contributions helped make the poetry of the movement "new."