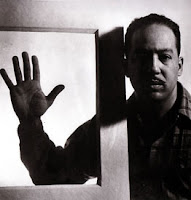 Since I expected a wait, I carried Kevin Young's Ardency with me to the barbershop yesterday. When it was my time at the chair, I sat my book down on the counter near my barber's material.

"What you reading Prof?" he asked.


Ardency, like many of Young's books, tend to be larger than most of the thin volumes of poetry out there. On average, based on my figures, Young's books are nearly twice as long as many volumes, which tend to be around 100 pages of so. At 272 pages, Ardency is nearly three times as long. Just at a glance, my barber rightly assumed that the book I was carrying looked unusually large for a volume of poetry.

"Well, out of the folks you've named, he's probably closer to Langston Hughes," I told him.

I then proceeded to give some reasons.

It's worth noting that some folks in the world of poetry might have problems with me linking a contemporary poet like Young to a revered figure like Hughes. Understandable. Even Young himself would note the magnitude of Hughes's stature, which is enormous in comparison to his own.

Still, there are some connections to their works and careers that interests me. For one, Hughes and Young have Kansas roots. Neither was born in the Sunflower State, but they spent many years there growing up.

Both poets have deep connections to black music and especially the blues. Hughes, of course, is one of the most widely known African American poets in the world, and his poems are infused with the sensibilities of blues music, including his noted first collection of poems The Weary Blues (1926).

Young has also displayed a continued interest in the musical form, incorporating "blues poems" in many of his works. His volume jelly roll: a blues is full of examples and so is his volume Dear Darkness, which includes one of my favorite poems he's written, "Black Cat Blues."

Hughes and Young have also written large numbers of poems using persona verse where they take on the voices of different figures, especially various black people. Hughes adopts the voices of others in two of his most well-known poems, "The Negro Speaks of Rivers" and "Mother to Son." Young has utilized persona poems throughout his career; his most recent volume Ardency is written primarily from the first-person perspective of rebels from the Amistad slave ship revolt.

Notably, Hughes's poems and Young's share a common publisher: Alfred A. Knopf, Inc. Knopf played a central role in keeping Hughes's works in print during the Great Depression of the 1930s, when many presses could not afford to do so for authors, especially black authors.

Young's last several books have been published by Knopf. The publisher's tremendous resources have made it possible for Young's volumes of poetry to appear in hardcover and paperback, something that's fairly rare for poetry.

There are certainly differences between Hughes (1902 - 1967) and Young, who was born in 1970. No question. But as I sat in my barber's chair and needed to help him get a sense of how Young related to a poet he was already familiar with, the Hughes Connection seemed appropriate.

Of course, it's perhaps a testament to Hughes's broad influence and wide range of his interests that it's possible to demonstrate how he and his works are connected to several other poets and writers in general.