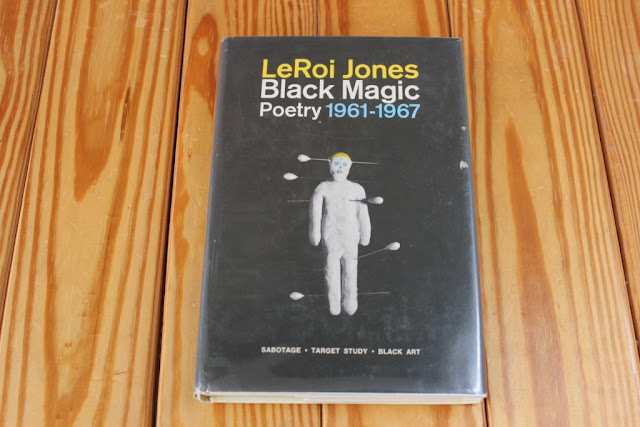 The cover of Black Magic Poetry, 1961 - 1967 likely contributed to LeRoi Jones's reputation as a "controversial" poet. The photograph of a blond haired, blue eyed white voodoo doll with needles sticking through it was suggestive of the hostile rhetoric deployed by groups of militant black people toward white people during the late 1960s. The image on the cover was indicative of the anger and fire that characterized at least some realms of black arts discourse.