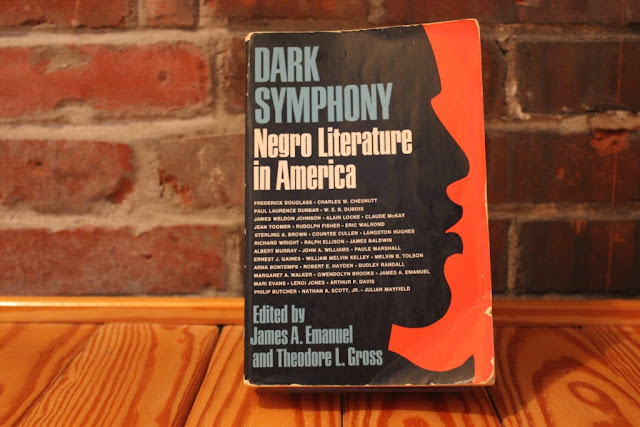 James A. Emanuel and Theodore L. Gross's Dark Symphony: Negro Literature in America (1968) was another one of the many anthologies published during the 1960s and 1970s that featured several African American poets. Baraka, then LeRoi Jones, was, at the time, one of the young "new" black poets whose work appeared in the collection.  The "Negro" literature tag was quickly becoming obsolete by 1968, as "black" was now the more preferred term.