80 Moods of Maya (from the Eugene B. Redmond Collection) 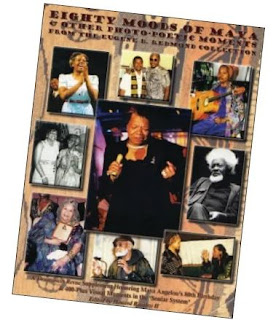 On November 16, we took a look at photos from the Eugene B. Redmond Collection. In particular, we considered some of the images from an exhibit, "80 Moods of Maya," I curated based on Redmond's photographs of his good friend Maya Angelou.
The exhibit was in honor of Angelou's 80th birthday in 2008. Redmond had taken thousands of photographs of Angelou, and we narrowed those down to concentrate on only 80 of his images.
I recreated the exhibit for our recent Public Thinking Event. The exhibit gave students an entry into the Redmond Collection. It also gave them a chance to think about this major literary and cultural figure Angelou across many decades and in various social contexts.
Related:
• African American literary studies programming, fall 2022
Posted by H. Rambsy at 3:38 PM