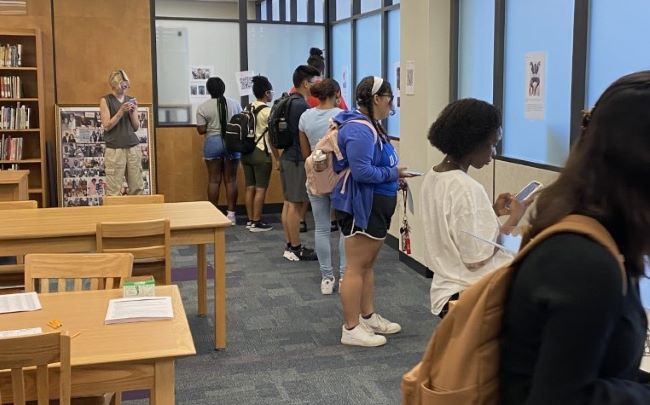 September 21, we hosted an exhibit on comic book cover variant images as part of our series of exhibits this semester. In 2016, Marvel Comics did something unusual with respect to a comic book featuring a black character by a black writer.  When Black Panther #1 was released, it included two dozen different variant covers.
Students took a look at several different variant covers for Black Panther #1 (2016). The consensus among the viewers was that an image by Sanford Greene and Alex Ross were the favorites.
The Black Panther #1 variant cover by Greene depicts a father and mother with a newborn—presumably a young Black Panther. The clothing of the couple suggests a time in a somewhat distant past. The cover image is unusual for a comic book cover: two black parents adoring their child. 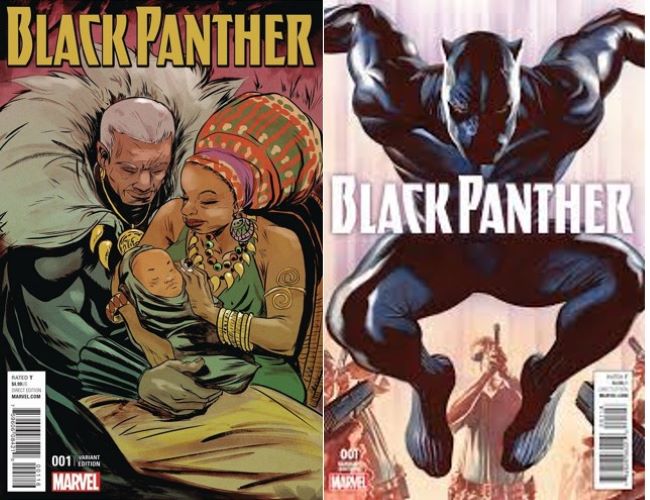 Alex Ross's Black Panther #1 variant displays T'Challa/Black Panther in a mid-air leap. At his back are a group of police officers training their guns on the protagonist. Prior to taking on duties as the writer for Black Panther, Ta-Nehisi Coates became well known for his commentary on African Americans and strained race relations in the United States. As Ross constructed his cover, he perhaps assumed that Coates might take up issues such as police brutality in his run on Black Panther. That probably explains the apparent conflict between T'Challa and the police officers in the image.
Related:
• African American literary studies programming, fall 2022
Posted by H. Rambsy at 8:42 AM