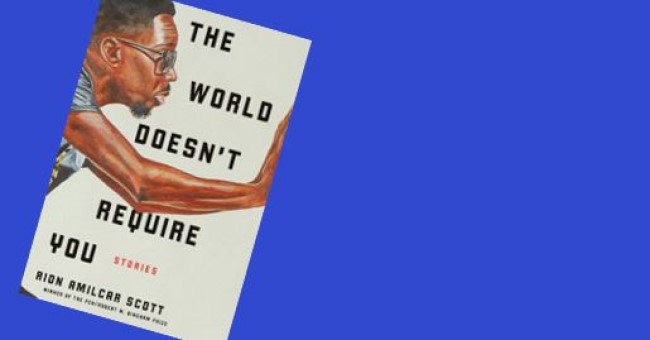 In the near future, I plan to write more about student engagements with those collections, but for now I  had some brief thoughts about why Scott's work has captured the interests and imaginations of a group of students. In addition to covering his book with about 200 student readers, I'm covering some of his stories with students in one of my classes -- a group that is comprised of 20 first-year collegiate black men.

Usually in that class, we cover short stories, poems, rap lyrics, essays, and more recently, a few comic books. In the past, when I polled students about works that moved them most, they would mention the poems and rap lyrics, with many noting their interest in "real life issues." This year, however, several students highlighted short stories, in particular, Scott's "The Electric Joy of Service," a tale about a Master who creates a robot who is very much like a slave.

Students had expressed interest in learning more about slavery, and they are interested in far out, fantastical stories, so Scott's short fiction really captivated them. Are robots like slaves, or are slaves like robots, the young men wondered? Have some of our folks, like the robot protagonist in the story, been modified by Masters to ignore history and be content with the world as it is? What kind of mind does it take to think up a story like "The Electric Joy of Service"?

That Scott's story got us to those and other questions is part of what made it so memorable and admired by the guys in the class.

In some respects, the embrace of sci-fi elements in Scott's story represents a turn from the apparent realness of the poems and raps that students in previous classes celebrated. I sometimes wonder what leads students to value one genre over the other, such as poetry over short stories or short stories over poetry.

In this case, perhaps Scott's story just gave the guys so much to contend with: slavery, history, a Master, a robot, science fiction, machines, technology, artificial intelligence, the idea of revolution, business partners, and betrayal. Oh, and did I mention that the story is only about 1,200 words long? The brevity of a short story for first-year students matters, especially a story with so much going on.

And there's more. "The Electric Joy of Service" is familiar and at the same time unfamiliar to the guys in the class. They've thought and heard about things like revolution, artificial intelligence, business partners, but not in the context of a literature class.

Related:
• Fall reading selection: The World Doesn't Require You
Posted by H. Rambsy at 7:42 AM