Yesterday, scholar and poet William J. Harris asked some questions about versions of Robert Hayden's "Those Winter Sundays." Thinking about that poem sent me back to some thoughts I had about the three published versions I am aware of Hayden's "Runagate Runagate." There are versions from 1949, 1964, and 1966.

I've read many poems about slavery over the years. I've always thought of Hayden's opening to "Runagate Runagate" as one of the most superb literary representations of the stream-of-consciousness of an enslaved person in the midst of escaping. That opening has always stuck with me.

Based on the different versions, it's clear that Hayden worked to adjust the opening. Below, I've placed the openings of the three versions. 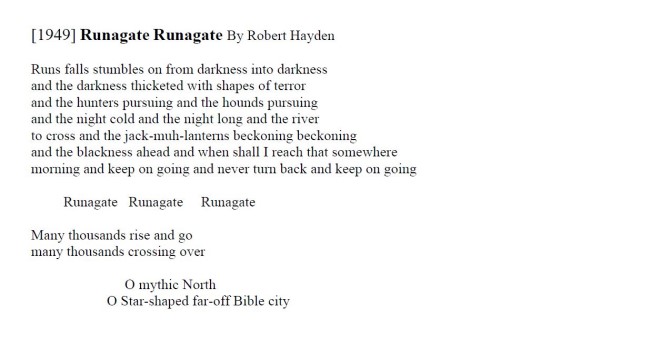 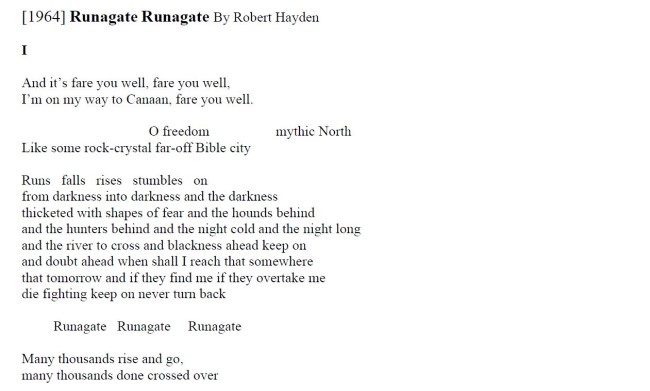 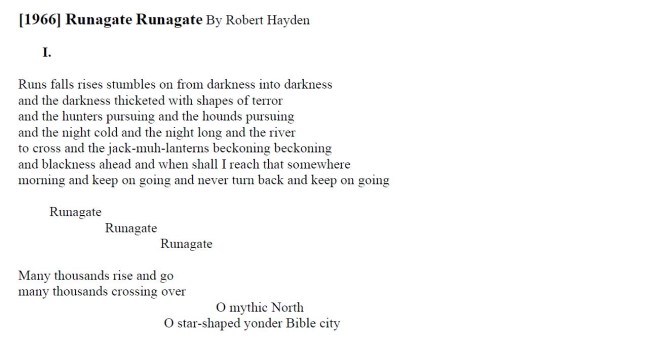 The idea of labeling the poem part "I" apparently did not occur until the 1964 version. For that version, Hayden also placed an opening before the on-the-go thoughts of the person escaping. He returned to aspects of the original by 1966.

By 1966, he also chose to have that falling "Runagate Runagate Runagate." The setup of the "O mythic North" returns from the 1949 version. here are other subtle spacing and word changes as well.