Books and Authors as Connectors (An extended reading list) 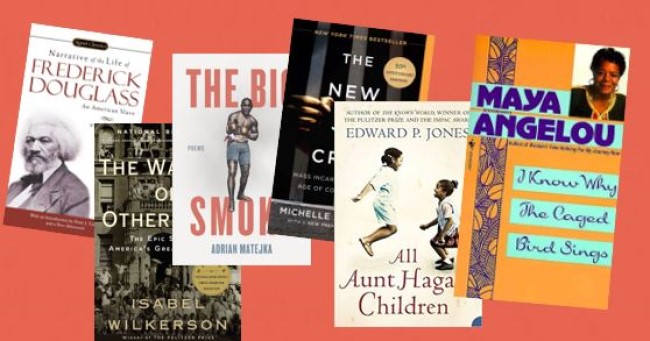 Yesterday, I was talking with some good folks at ProQuest about how some books and authors serve as crucial connectors. I wanted to run down a list of twenty-five works--autobiographies, short stories, and more--that serve as gateways to various other works, at least for me.

Autobiographies
Here are a few autobiographies that interrelate and then link to various other life stories.
• The Narrative of the Life of Frederick Douglass (1945) by Frederick Douglass
• Incidents in the Life of a Slave Girl (1861) by Harriet Jacobs
• Black Boy (1945) by Richard Wright
• The Autobiography of Malcolm X (1965) by Malcolm X
• I Know Why the Caged Bird Sings (1969) by Maya Angelou
• Between the World and Me (2015) by Ta-Nehisi Coates
[Related: A short reading list for my friends at ProQuest]
Short story collections
You want to check out a couple of short story collections that get you connected to other writers and ideas? Check out:
• All Aunt Hagar's Children (2006) by Edward P. Jones
• Heads of the Colored People (2018) by Nafissa Thompson-Spires
Toni Morrison
Yes, this vital figure and connector in fiction gets her own section. She wrote several novels, and more than a couple are considered canonical. Here are three that command the most attention:
• Beloved (1987) by Toni Morrison
• Song of Solomon (1977) by Toni Morrison
• Sula (1973) by Toni Morrison
Novels
Ok, let's talk about longer fiction. There are so many fine works. My lil list here is really subjective, but it might assist folks looking to get started.
• Their Eyes Were Watching God (1937) by Zora Neale Hurston
• The Intuitionist (1999) by Colson Whitehead
• Seed to Harvest (2007). By Octavia Butler
• The Sellout (2015) by Paul Beatty
• The Underground Railroad (2016) by Colson Whitehead
• The Nickel Boys (2019) by Colson Whitehead
• American Spy (2019) by Lauren Wilkinson
Poetry
I have compiled much longer lists of poetry (for example, volumes published 2000 - 2019). But here, I cite just a few examples of what we might refer to as narrative volumes of verse, that is books of poetry that tell a story.
• Leadbelly (2005) by Tyehimba Jess. A volume about the legendary folk singer, Huddie "Leadbelly" Ledbetter.
• Blood Dazzler (2008) by Patricia Smith. A volume about Hurricane Katrina.
• The Big Smoke (2013) by Adrian Matejka. A volume about the heavyweight champ, Jack Johnson.
Nonfiction
• The New Jim Crow (2010). By Michelle Alexander. One of the most popular works on mass incarceration.
• The Warmth of Other Suns (2010). By Isabel Wilkerson. Captivating narrative history of the Great Migration.
• We Were Eight Years in Power (2017). By Ta-Nehisi Coates. A collection of enlightening long-form articles.
• Frederick Douglass: Prophet of Freedom (2018) by David Blight. Informative book on extraordinary figure.
Related:
• A short reading list for my friends at ProQuest
•  A Notebook on Book Lists
Posted by H. Rambsy at 3:13 PM