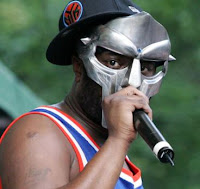 Last week when news began circulating that rapper MF Doom had died, articles rightly referred to him as a "legendary underground rapper," "a formidable underground hip-hop presence," "an underground superstar," and so forth. As an underground legend, MF Doom's songs were not familiar to casual listeners. But to the faithful? The New York Times pointed out that MF Doom built "a lasting underground fan base."

In addition to being known for his intricate word-play, MF Doom (born as Daniel Dumile) was known for wearing a mask in the spirit of comic book supervillain Doctor Doom.

"Underground" rap is a term folks have been using since at least the late 1980s as rap became mainstream. The term signaled music and culture that were not on official and popular airwaves. The work did not always adhere to formal standards; it was on the lower frequencies, hence underground. Doom really began establishing himself in the late 1990s and early 2000s, and became something of an underground legend.

"In an era when clarity and simplicity were the keys to a hit record, DOOM dealt in riddles fans would unpack for years," explained Craig Jenkins. "You could luxuriate in the surface-level trappings for a lifetime, studying the interplay between ’60s horror and comic-book references, ’70s and ’80s soul music, and intricate New York City lore, or you could listen past it and commiserate with the hard living and loving that DOOM’s beats and puns gave cover for."

In some ways, MF Doom was a man who lived underground. 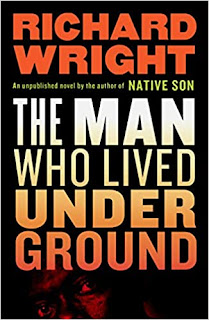 Speaking of which, as the talk of "underground" kept coming up in relation to MF Doom, I had been thinking about that term in relation to the author Richard Wright. In 1944, he published an extended story entitled "The Man Who Lived Underground." It was about a Black man who literally went underground, into the sewers of New York City, as he tried to escape the police.

Wright had initially written a full novel, but it had been shortened into a story. In April, thanks to efforts by Wright's daughter, Julia Wright, the Library of America series will publish the full version of Wright's novel.

I sometimes think about the artistic and intellectual connections of Black men writers across generations, and notions of "underground" create an unlikely link between MF Doom and Wright. Mention "underground" to scholars of a certain age or disposition, and they'll think of Fyodor Dostoevsky's Notes from Underground (1864), and later Wright's story, and Ralph Ellison's Invisible Man (1952), as the narrator ultimately resides in an underground room. Alright, but mention "underground" to folks immersed in hip hop, and a whole musical scene comes to mind.

For different yet related reasons, Wright and MF Doom found inspiration in the underground. For both of them, the underground signaled a special vantage place from which to view the world.

Related:
• Rediscovering Richard Wright's "The Man Who Lived Underground"
• A Notebook on Richard Wright
Posted by H. Rambsy at 11:23 AM