Jericho Brown on the trouble with recommendation writing 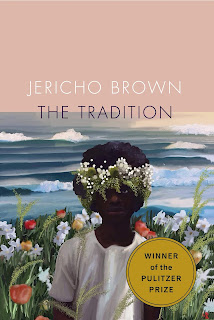 We're headed into early December, which among other things, means I'm at that annual moment when I, like so many others, am writing several recommendations for students applying to graduate school. I'll have another busy moment of recommendation writing in the spring as I write letters for colleagues applying to fellowships, and there will be a moment in the early fall semester when I write promotion letters as well recommendations for folks applying for jobs.

I'm not necessarily opposed to writing recommendations, but I do question the usefulness and processes in some instances.

In 2017, someone prompted folks on Twitter to "name a scam." Brown responded, "The fact that anyone has to go through writing or requesting a letter of recommendation when everyone keeps saying it's all abt the work."

In 2018, someone asked, “what’s something that should be obvious, but your profession seems to misunderstand?” Brown responded, "Recommendation letters are in and of themselves racist and classist, and should be mostly unnecessary when applying for anything in the arts."

In August 2020, he produced a short thread the system of recommendations that really captured my attention. He tweeted, "I really don’t believe in rec letters. No one wants to ask for them. No one looks forward to reading them. & the same busy people get asked to write them cuz everyone’s under the impression that who or what institution the rec comes from cld be even more useful than what it says."

He continued: "It wld also be so much easier for everyone involved (particularly in in cases where the biggest criteria SHOULD be a work sample) if folk were contacted for recs after someone is in a close finalist position. Askn for them up front wastes so many peoples’ time. We could fix that."

He revealed that "Some grants and fellowships don’t say it directly but will not give you the fellowship if your recs don’t come from people who’ve had the fellowship."

"Honestly," he tweeted in the same thread, "if someone asks me for a rec and I write it, I’m only going to glow and gush. I think that has value, but how much value does that have when we’re glowing and gushing 20 times three times a year for different apps."

Like Brown and others, I do wish institutions requesting recommendations would only make recommendation requests when and if a candidate is among the finalists. Doing so could save us time and energy. I also wish there was a more serious discussion about the inequality and unfairness that exists in the system of recommendations.