The Big Smoke by Adrian Matejka 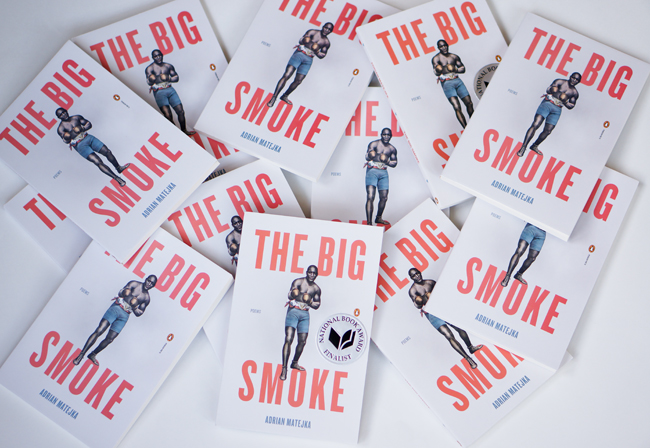 The Big Smoke (2013) by Adrian Matejka consists of persona poems focusing on the first black heavyweight boxing champion Jack Johnson. The poems showcase Johnson as intelligent, arrogant, resilient, abusive, philosophical, careless, confident, and troubling. Matejka showcases his skill as a poet and research by producing a volume that is artful and historical.

The black men in my classes have covered several different volumes over the years, but they have had the strongest positive response to The Big Smoke.