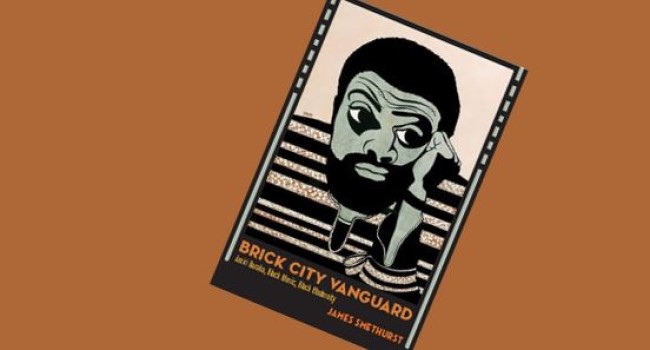 I finished James Smethurst's book Brick City Vanguard: Amiri Baraka, Black Music, Black Modernity a few days ago. Not surprisingly, I really enjoyed it. At this point, whenever you read works by Smethurst, you know you're going to get a thorough treatment on the subject he's covering.

I was continually surprised here, because I falsely assumed I knew more about this major author. Smethurst was showing me that I still have much to learn about Baraka. I knew, for instance, that Baraka had written some liner notes, but Smethurst made me aware of how many: more than twenty sets for albums between 1959 and 1986. He also traced out more of the history.

In the past, I only gave passing attention to disagreements between Baraka and Ellison over Baraka's Blues People. Here though, Smethurst gave Baraka's book, Ellison's negative review, and the aftermath a much larger treatment.

He also does important work tracing Baraka's sound or performance style in the presentation of poems over the course of his career. This topic is something that has captured my attention for many years now, trying to think about how Baraka's poetry readings evolved.

Smethurst takes on the role of critical cultural witness, as he opens and closes the book mentioning observations from the large, diverse groups of people who attended Baraka's wake and funeral. "It struck me then, and now," wrote Smethurst, "that there had probably never been a wake and funeral for a poet in the United States like those for Baraka" (5). He returns to the funeral scene in the conclusion noting that one could see the different strands and moments of Baraka's life in attendance: "family, Muslims, Baptists, poets, actors, directors, playwrights, academics, community activists, dancers, politicals, of course, the musicians, and thousands of the people of Newark and its surrounding cities and towns" (197).

I liked this idea of taking a public moment as this jumping off point for a study.

Beyond pushing me to think more about Baraka, the powerful lesson in Smethurst's book concerns getting me to think about approaches to producing a solid single-author study.

Related:
• A notebook on the work of James Smethurst
Posted by H. Rambsy at 12:54 PM