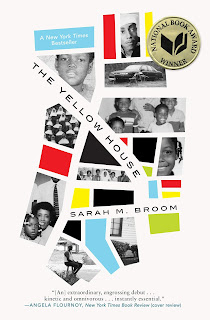 In an excerpt from The Yellow House, Sarah Broom considers a time she began working in the French Quarter on summer break from college.


My Summer at CC’s was the first time in my life that I spent consecutive days in the French Quarter. The experience took on the boundlessness of all discoveries. On that one summer, I based entire narratives about my growing-up years in New Orleans that played to the non-natives’ imagination.

Broom revisits past details of her life while trying to see beyond famous tourist sites in New Orleans. She includes stories from native New Orleanians, which gives her a critical vantage point.

The summer job at the coffee shop in the French Quarter offers Broom a unique perspective. While moving through the Quarter, she explores the economic disparity that people in her neighborhood face because of their zip code. These disparities are not highlighted in her stories and letters she writes to her friends, but it later contributes to her reasons for writing her memoir.

The most compelling parts of the story involve exchanges with strangers asking Broom where she’s from. College friends with no idea of New Orleans East have made assumptions about how exciting life must be there because of the jazz, culinary experience, historical sites, and above all, the nightlife in the French Quarter. All this might be true for some residents; however, Broom describes this as:


Defining myself almost exclusively by a mythology, allowing the city to do what it does best and for so many: act as a cipher, transfiguring into whatever I needed it to be. I did not yet understand the psychic cost of defining oneself by the place where you are from.

Interestingly, Broom gets the opportunity to write a shortened version of The Yellow House for the 10th anniversary of Hurricane Katrina in The New Yorker. In the article, she explores details of her family recovery after the storm and how they began to pick up the pieces of their lives. The Yellow House is profoundly personal and offers Broom a unique vantage point that helps her map her past, present, and future.

----
Lakenzie Walls is a graduate student in English at SIUE and a contributing writer for the Cultural Front.
Posted by H. Rambsy at 7:14 AM