Stranger at home: This Will Be My Undoing 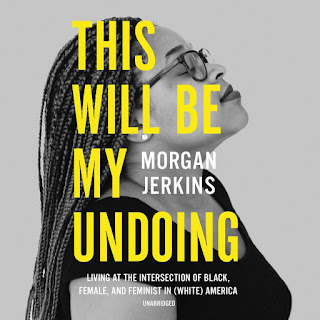 In This Will Be My Undoing: Living at the Intersection of Black, Female and Feminist in (White) America (2018), Morgan Jerkins shares her most vulnerable moments as a black girl and woman through a collection of personal essays. Jerkins makes the personal political as she covers topics concerning the complexity of black womanhood. This Will Be My Undoing makes room for Jerkins to address the personal anxieties often read as “awkwardness” that black women feel while moving through different spaces.

Early on, we see that Jerkins comes from a place of privilege. Raised in a New Jersey suburb and a recent transplant to Harlem, she describes the awkwardness she feels to being a black gentrifier in a historic black neighborhood in New York. She eagerly writes an article for the Guardian about her experience in Harlem:

The article was widely criticized by people who quickly wrote her off as being lazy. She was unable to pretend to understand the cultural importance of living in a place like Harlem outside of the historical significance of the Harlem Renaissance.

For Jerkins, at the core of her awkwardness, she is hyperconscious about her place in black communities like Harlem. She desires to feel free in black spaces because of racial solidarity. However, feeling out of place helps Jerkins write her story.

Throughout the collection of essays, Jerkins tries to identify the source of her social and cultural discomfort in a predominately black space. Her story is important because it adds to the conversation black women are having surrounding their experiences in black spaces.

----
Lakenzie Walls is a graduate student in English at SIUE and a contributing writer for the Cultural Front.
Posted by H. Rambsy at 9:50 AM