The Journalist as Recovery Worker 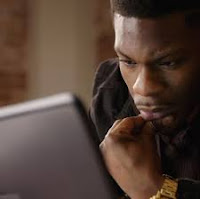 There were more than 14,000 murders in 2018. With a number so high, there's no surprise that we only hear about a fraction of the deaths in given year. The majority never appear or quickly fade from public consciousness. The idea of that erasure explains why families of victims are grateful when the lives of their loved ones receive attention.

[Related: The Journalist as Detective]


I think about that every time I watch True Life Crime and host Dometi Pongo interviews relatives and friends of a person who was tragically killed. He almost always begins by asking those who knew a person best to tell him about their loved one. He did so again in a recent episode about a young girl, Mujey Dumbuya, who was killed in Michigan in 2018.

By returning to the story, to the scene of the crime, to the family and friends, Pongo does important journalistic recovery work. For the most part, we hear about the deaths of famous people. The news cycle rarely has time to deeply consider a young person who was known only by a relatively small number of people.

On the one hand, Pongo brings attention to terrible crimes, but in the process, he retrieves wonderful memories of a life lived -- showing photographs and video clips of a young person smiling and dancing and spending time with friends.

The coverage True Life Crime offers tends to prompt local outlets to revisit the cases as well. After airing an episode about Jerika Binks, a runner who went missing, Runner's World ran a story about her case the the show. WoodTV, in Grand Rapids, Michigan, and Michigan Live ran stories in anticipation of the story about Dumbuya.

At the end of this recent episode, Dumbuya's mother shared a phone video of her daughter expressing love to her mom. That private moment became a public one. It was sad but also a joyous retrieved moment. It was testament to the power of the True Life Crime and Pongo to perform recovery work.