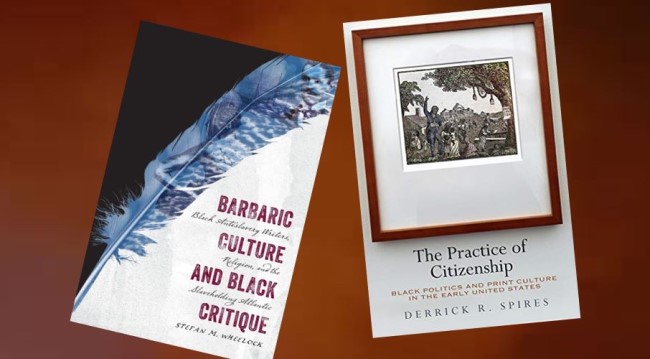 In my research on English majors from Tougaloo College, I've been thinking about how an undergraduate institution serves as the basis for intellectual and scholarly development. Two of the people -- Stefan Wheelock and Derrick Spires -- that I interviewed went on to earn PhDs and publish scholarly books.

Wheelock is the author Barbaric Culture and Black Critique: Black Antislavery Writers, Religion, and the Slaveholding Atlantic (2015), and Spires published The Practice of Citizenship: Black Politics and Print Culture in the Early United States (2019). Both professors informed me that lessons and encouragement that they gained at Tougaloo were foundational to what they've accomplished.

Wheelock noted that Jerry W. Ward, Jr. was central. "He taught me," explained Wheelock, "to believe in the mission of my work, to view writing and critical engagement with various readings as a difficult (though rewarding task), and to view my experiences as an academic as enriching, but never as something I should idolize."

Spires pointed out that approaches of various professors at Tougaloo cultivated his success and the success of others. "They take you seriously as an intellectual, and their doing so forced us to take ourselves seriously," he observed.

The point about seriousness emerged in another interview I conducted. When I asked Ward about some of the reasons why English department professors were successful supporting former students who went on to earn PhDs, he responded that, "We took mentoring very, very seriously."

Related:
• A notebook on English majors from Tougaloo College
Posted by H. Rambsy at 7:31 AM