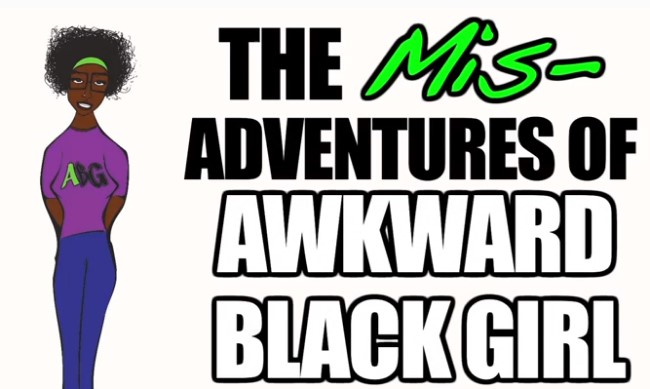 
“Let me introduce myself. My name is J and I’m awkward and black. Someone once told me those were the two worst things anyone could be.” --"The Stop Sign," The Misadventures of Awkward Black Girl

Although the previous statement is debatable, it made think about my blackness. Who are the awkward black girls?

I was late to Issa Rae’s The Misadventures of Awkward Black Girl. I discovered Rae’s now popular HBO show Insecure at the beginning of 2017 during a hectic spring semester. I finished the season in a record-breaking one day!

After I finished Insecure, I began searching the web for similar content. I came across an article highlighting Issa Rae’s achievements and her first featured YouTube series, The Misadventures of Awkward Black Girl, which originally aired from 2011 and 2013. Throughout the web series, I notice she used the phrase “Awkward black girl” to describe herself.

Rae’s character embraces her awkwardness in candid moments that make her relatable. Finally, someone who understands me! That’s how I felt after repeatedly watching every episode of the web series.

A host of black women are writing about their lives and experiences in specific environments. While exploring concepts related to awkwardness, I will examine contemporary creative nonfiction that focuses on black women's narratives.