A conversation with educator-organizer Jay Gillen

Yesterday a group of students in our GAME and FAME programs met with educator, organizer, and author Jay Gillen. During the session, Gillen had a conversation with our students about youth activism and empowerment. He discussed the Algebra Project and how high school students have incorporated the program in Baltimore schools.

At various points, Gillen would ask, "so what do you think?" He was inviting students into the conversation. They enjoyed participating and shaping the direction of what was discussed.

Several students shared their thoughts. The discussion of challenges faced by students in Baltimore resonated with our folks, many of whom are from Chicago and St. Louis. We had just recently been discussing ways that schools diminish creativity. We had also begun talking about ways that students might push school systems to change, and how they might take alternative paths.

At one point while discussing some of the projects led by young people in Baltimore, Gillen noted that the students received pay for their work. That really intrigued our group, and they had many opinions and responses when Gillen asked what they thought about receiving monetary compensation to share their own skills and expertise while serving other students and communities. 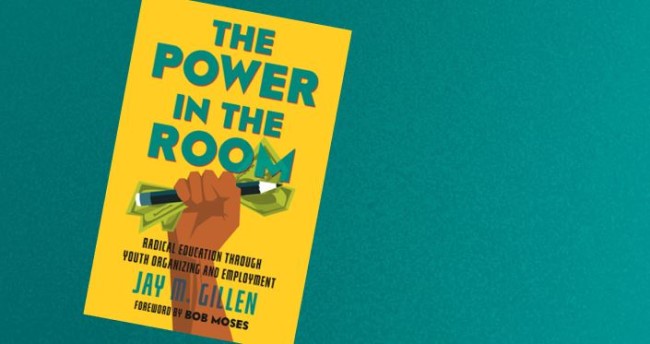 Gillen's book The Power in the Room: Radical Education Through Youth Organizing and Employment (2019) focuses on "a youth-run cooperative enterprise in which young people direct their peers’ and their own learning for a wage." Raising that idea during the discussion was new and interesting for the students. 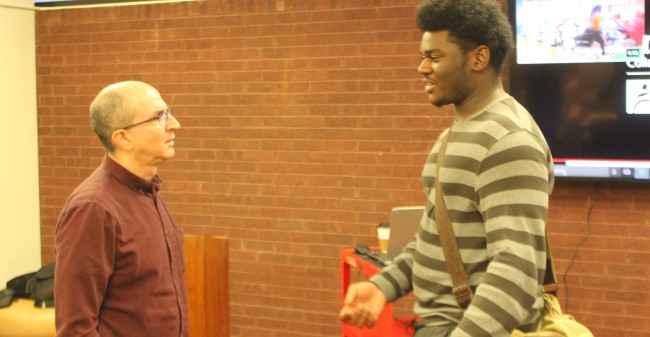 At the close of the session, a few students stayed to follow up with Gillen. They wanted to learn more about what he was discussing. Some stayed even longer to talk with me about the possibilities of extending similar conversations with more groups. We agreed to take a look at Gillen's book so that we might figure out ways to cover it with more people next semester.

Related:
• Collegiate Students
Posted by H. Rambsy at 10:56 AM