The Champions of Accessibility Celebration Dinner 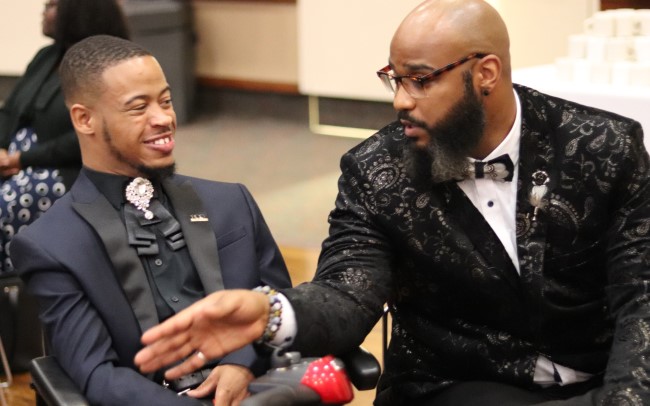 October 24, the office of Accessible Campus Community & Equitable Student Support (ACCESS) hosted the inaugural Ed Roberts Champions of Accessibility Celebration Dinner. The gathering brought a wide range of people together to celebrate achievements of ACCESS and raise awareness about the many ongoing challenges that people face on campus with accessibility.

[Related: Scenes from the Champions of Accessibility Celebration Dinner]

The event included recognition awards, presentations, a comedy routine, a silent auction, and more. Presenters gave information about the histories of ACCESS and disability, and there was time for fellowshiping.

Under the leadership of the director Domini Dorsey, ACCESS has become one of the most vibrant and inventive units on campus. It's a hub of activity, and the dinner was one more example of the outstanding new programming that has emerged over the last two years since Dorsey has arrived.

A couple of months ago, ACCESS held a grand opening for its expanded and remolded offices and testing spaces for students. What we have today represents a tremendous extension from what was once just a small operation.

ACCESS was formerly known as Disability Support Services. The shift in name and purpose has greatly expanded services to students at the university. You rarely hear Dorsey discussing what's been recently accomplished though. He tends to focus on what additional improvements need to be addressed. 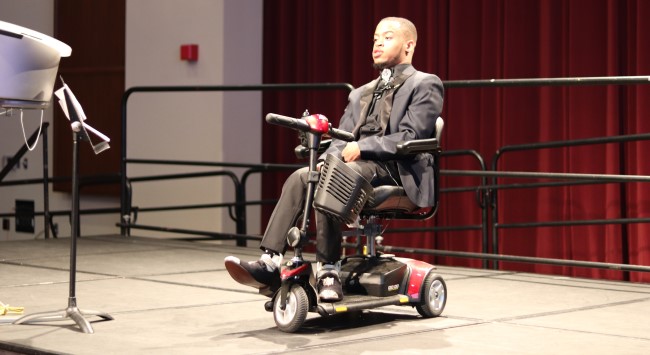 During his "State of Accessibility" address, student Dalyn Wells discussed his struggles navigating the campus. He noted how hard it is to move around campus in his scooter given when the weather gets really cold. He also asked, "why are the doors so heavy?" He was speaking to the difficulty of access for what he noted as even seemingly simple tasks.

Wells initially thought that SIUE was not the place for someone like him. He said he changed his mind recently as a result of the development of ACCESS and the expansion of, well, accessibility on campus.

The keynote speaker for the event was Sara Minkara, founder and CEO of Empower Through Integration. She led activities concerning perceptions and how those perceptions create barriers. She declared how she is "proud to be blind," but noted that it took her some time to get to that feeling. It took the support of a loving and active community to strengthen her confidence and capabilities. 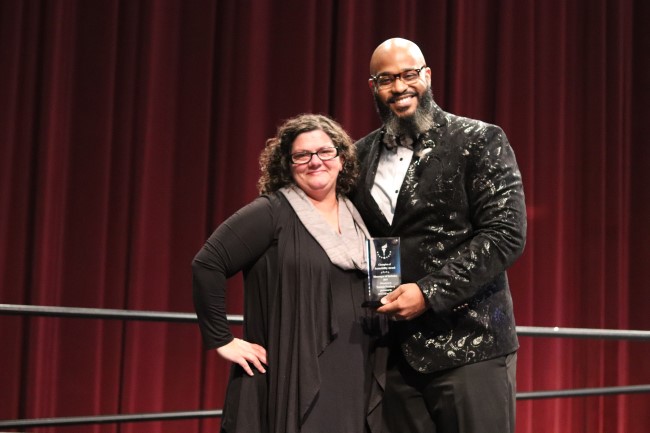 Dorsey noted that he was most proud of the fact that staff and many students associated with ACCESS were really responsible the Champions of Accessibility Celebration Dinner. Those students were involved in the planning, setup, and production of a really groundbreaking and important event.

Related:
• Scenes from the Champions of Accessibility Celebration Dinner
Posted by H. Rambsy at 9:23 AM