Artist Luciano Vecchio and colorist Matt Milla have been doing excellent work on Ironheart, which will wrap up in the next couple of months. I hate to see the title come to a close, as I've been following the book, written by Eve L. Ewing, since it began. Beyond the storylines, I've really appreciated how Vecchio and Milla have illustrated this black girl superhero.

Much of the early coverage on Ironheart understandably focused on Ewing. It's rare for a major comic book company like Marvel to hire a black woman as a lead writer. That's news. Too, writers generally receive more extended coverage than artists and colorists in comics, despite the centrality of visuals to the art form.

So even if you heard about Ironheart, it's possible that you haven't heard much or enough about Vecchio and Milla's collaborative work on the title. There are others too. Amy Reeder has done covers for the book, and Stefano Caselli has done a cover. Kevin Libranda did some of the art on issue #1 with Vecchio, and Libranda was the main artist on issue #6. All the other issues were done Vecchio. The layouts are by Geoffo.

"The question of how you represent a black teen girl hero, how we show her world and her family and her friends and her body and her feelings, is immensely political," Ewing has noted. "Luciano gets that." Some years back, controversy surrounded illustrations of Riri Williams when a cover image by J. Scott Campbell "appeared to over-sexualize" the teen character. Issues like that, concerning how a black girl is represented, is part of what Ewing's comments signal. 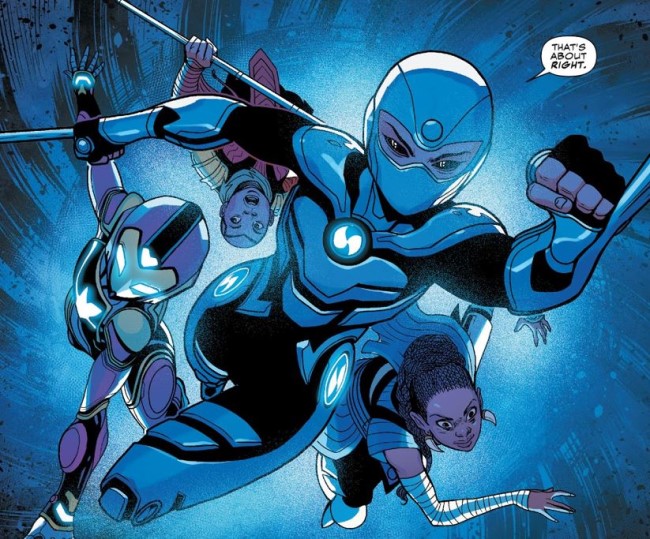 In Ironheart, Vecchio has presented us with a range of black girls and women, including Riri's mom and, more recently, a group of other heroes: Shuri, Silhouette, and Okoye. Vecchio has done really well depicting the action of Ironheart while giving us a variety of looks and angles on the main character.

Ewing is right about how immensely political it is to represent a black girl character. Just as important, as Vecchio's works demonstrate, it's been a deeply artistic endeavor made possible by his high level of drawing expertise. Seeing images of Riri soaring through the air in many issues always gave me reason to pause and marvel at the progress. 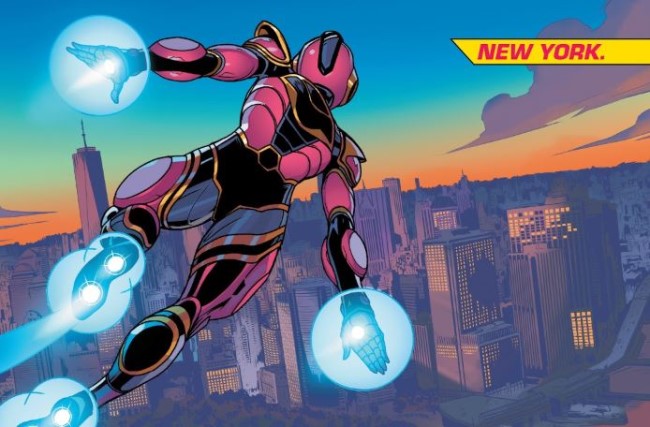 Milla has ensured a vibrantly colored viewing experience with Ironheart. The exciting energy of the issues are a result of Milla's coloring. The wide spectrum of hues displayed in the series constitutes additional elements of the politics and artistry of illustrating a black girl.

Since 2014, we've seen the emergence or re-appearance of a variety of black girl and women superheroes in comics. Storm. Lunella Lafayette from Moon Girl and Devil Dinosaur. Shuri. The Dora Milaje. Kayla Tate from Superb. Naomi. Future Nwafor Chukwuebuka from LaGuardia. Livewire. And more.  The collaborative work of Ewing, Vecchio, and Milla on Riri contributes to that important body of works.

Related:
• A Notebook on comic books
Posted by H. Rambsy at 7:47 PM