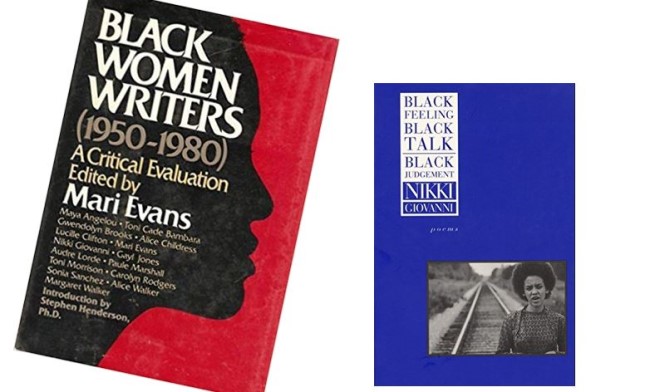 At the recent Furious Flower Institute on Nikki Giovanni, there was discussion of why there was not more critical commentary on Giovanni's work. I offered a few reasons, from my perspective, and I also noted that an article "The Sweet Essence of Possibility: The Poetry of Nikki Giovanni” by William J. Harris. The article appeared in Black Women Writers (1950 - 1980): Critical Evaluation (1984) edited by Mari Evans.

Even back then, Harris discusses reasons why important poets would receive limited critical attention. He explains that:


The popular writer is usually easy to read and topical, that is, he or she writes in language which is direct and immediate rather than arcane or esoteric, and speaks of problems and situations that are obviously relevant to the general reader's life. This is neither good nor bad but simply the nature of the genre. Most critics, poets, and teachers are uncomfortable with the popular form. Since the language is unspecified and the experience everyday, the critic and teacher are left virtually with very little to say, an embarrassing situation. Therefore, even the good popular poet is often ignored.

The scholars -- primarily white by the way -- most likely to publish books and academic articles about poets and poetry are less interested or comfortable writing about the poets we know are our most popular.

For example, there are dozens of spoken word black poets on YouTube whose "views" far outpace those of print-based, award-winning poets that we're so inclined to study in the academy. Harris was addressing that kind of disconnect between popular and academic or print-based poets in his work on Giovanni.

Harris goes on to cover Giovanni's poetry. He discusses a sampling of poems produced during her career up to the that point. At one moment, he observes that "on the whole what is most striking about Giovanni's poetry is that she has created the charming persona of 'Nikki Giovanni.' This persona is honest, searching, complex, lusty, and above all, individualistic and charmingly egoistical."

We certainly need to know more about the circumstances by which select poets become popular public personas. Langston Hughes. Amiri Baraka. Maya Angelou. Nikki Giovanni. They have personas that exist well beyond their literary art. What mix of things allowed that to happen?