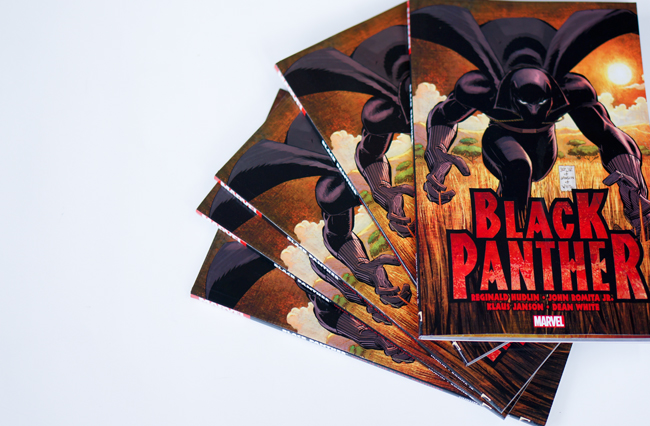 Where do comic books fit within considerations of Black Book History? I'm sure we'd want to add books focusing on Black Panther to the mix. The individual issues, trade paperbacks, and other versions of the book no doubt add to our views of T'Challa, Wakanda, and the film.

Reginald Hudlin was the first writer that I read on Black Panther. He wasn't the first to write the character, but he was who I initially discovered. He served as an important gateway into the character.

On the one hand, we can place Hudlin's Black Panther books in conversation with collections by Stan Lee and Jack Kirby, Don McGregor, Christopher Priest, Ta-Nehisi Coates, and others. At the same time, if we think of the work in the context of Black Book History, then we might align Hudlin's take on T'Challa with protagonists in books by Richard Wright, Toni Morrison, and Colson Whitehead, among others.