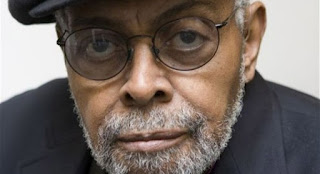 The past week, I've been doing searches on Proquest Dissertations &Theses Global. It's a massive database that "offers abstracts and indexing for approximately 4 million dissertations and theses, with full text (PDFs) for more than 2 million of those works."

I've been thinking and writing about Amiri Baraka's works for years now, so he was one of the figures I decided to search for references to on ProQuest. How many people have referenced Baraka in their dissertations over the last 58 years--from 1960 when Baraka first emerged to 2018?

According to the search results, Baraka (formerly known as LeRoi Jones*) has been referenced a total of 2,946 times. I wanted to take a look at different phases of his career. I decided on three time frames.


It caught my attention that 71% of all Baraka mentions in dissertations occurred during the 21st century.

I've done searches on dozens of African American poets and noticed that only Langston Hughes and Maya Angelou are referenced more than Baraka.